A journalist has recalled his time being Tory leadership frontrunner Boris Johnson’s “sort of” boss at a regional daily.

Jon Griffin, a former district news editor at Wolverhampton daily the Express & Star, had remembered the would-be Prime Minister’s spell in the newsroom while on loan from The Times as a trainee reporter in the 1980s.

Mr Johnson later told the New York times Wolverhampton was the place “he knew he was a Conservative”, claiming local Labour politicians had “no interest” in sorting out housing problems he was reporting on.

Boris sat directly behind Jon, pictured below, among the banks of reporters to the rear of the E&S newsdesk. 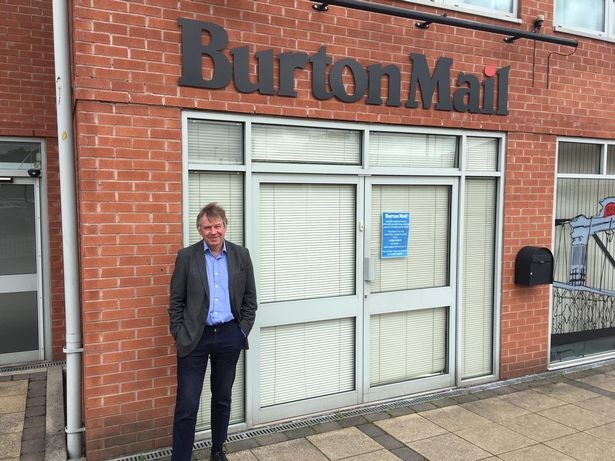 Jon, who now works for the Burton Mail, described him as a “slightly shambling, friendly, endearingly unkempt character who wore a brown overcoat and a constant semi-grin”.

In a piece for the Mail, Jon wrote: “I was once Boris Johnson’s boss – sort of – at a crucial turning point in the life of the man who may well be our next Prime Minister.

“In the mid-80s a distinguished-looking, floppy-haired character with a cut-glass public school accent turned up in the newsroom of the Wolverhampton Express & Star.

“I recall little of Boris’ politics at the time, as my days were largely spent on the phone to reporters in Stafford, Cannock, Lichfield and Tamworth, while my Etonian colleague was being ferried around the West Midlands by hardened hacks showing him the ropes.

He added: “An old friend, former Walsall hack Steve Castle, recalls Boris being ‘absolutely fascinated’ by the inner workings of an industrial tribunal.

“Another former colleague, the late, great Andy Donkersley, took Boris off to crown court to see justice at first hand. Andy and Boris had seemingly little in common, apart from plenty of hair and maverick personalities, but I recall they got on rather well.”

Boris was later sacked from The Times for making up a quote in a story.   He went on to find fame as the Brussels Correspondent of the Daily Telegraph before embarking on his political career.