A regional journalist has highlighted the perils of “blindly trusting raw data” after visiting a street which had 41 recorded shoplifting incidents last year – despite having no shops.

Gloucestershire Live’s Conor Gogarty paid a visit to Bishop’s Castle Way, in Gloucester, after it was marked as a crime hotspot on a police map of offences.

According to the police.uk crime map, there were 12 reports of offences in and around the road in December, with a total of 96 listed over the course of 2018.

Conor, pictured, decided to investigate what was “going wrong in a residential road not known for being troubled”, armed with a pair of binoculars and a long coat, but found none of the people living on the street who he talked to had any knowledge of crimes taking place there last year. 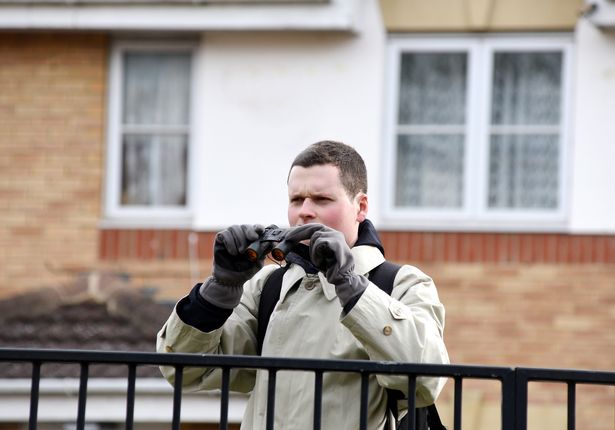 In a piece about his investigation, he wrote: “Strangest of all, one woman had made the very fair point that there are no shops in the street. How could 41 shoplifting incidents have been reported last year if the nearest stores were a five-minute walk away in Barton Street?

“Further inspection of the crime map stretched the data even further beyond credibility. Six of the eight shoplifting reports in Barton, Tredworth and White City in December were attributed to the area ‘on or near Bishop’s Castle Way’. Hundreds of shops are based in that police ward, but none of them in Bishop’s Castle Way or the immediate vicinity.”

Conor put this to Gloucestershire Police, with the force confirming no crimes took place in Bishop’s Castle Way last year.

A police spokeswoman told Conor the markers on the map were not the exact locations of offences, but were instead ‘snap points’ which pulled in the reports from nearby spots.

But Conor pointed out that such ‘snap points’ existed on all of the roads surrounding Bishop’s Castle Way, including some much closer to the nearest shops.

He then took his quest for the truth the Home Office, which oversees the police.uk website, where a spokesman told him inaccuracies can result from “inconsistent geocoding policies” and said the site makes it clear the data is not always “fully accurate”.

Conor told HTFP: “It’s a quirky, quite light-hearted story, but the issue does matter to locals who feel the statistics wrongly tarnished their area. The outfit, worryingly, was from my editor Simon Wigmore’s wardrobe, it was just missing a fedora, and credit goes to our photographer Simon Pizzey for the pictures which landed the story on the ‘Angry People in Local Newspapers’ Facebook page.

“I’m not sure how I felt about being branded a Declan Donnelly lookalike in the comments. But I’ve had a couple of nice messages from journalists on how the piece shows the perils of blindly trusting raw data.”

The investigation was one of the last pieces of work carried out for Gloucestershire Live by Conor, who has now taken up a new role with its sister website Bristol Live.

He said: “I’m really looking forward to starting as a senior reporter at Bristol Live. If I can have anywhere near the impact of my predecessor Michael Yong, I will be delighted.”