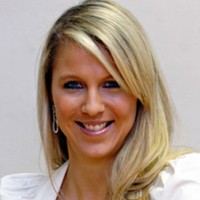 A journalist and councillor has stepped away from her work for a regional daily after taking up a senior political role.

Freelance Mieka Smiles, left, has been appointed to the executive of Middlesbrough Council, taking responsibility for the authority’s culture and communities portfolio.

As a result, the Teesside Gazette has said Mieka will no longer contribute to the paper or its sister website Teesside Live as she concentrates fully on her new role.

Mieka stood successfully for the Tories in the recent local elections, winning the Nunthorpe ward by nine votes.

He has chosen six independents to the cabinet, with Mieka being the sole Conservative appointed.

Mieka, who previously worked in staff roles for both the Gazette and Hartlepool Mail before going freelance, told HTFP: “I’m passionate about Middlesbrough and determined to throw myself into this role wholeheartedly.

“I feel my experience as a journalist and in PR will be helpful with my new brief, with a knowledge of what piques people’s interest and what will help raise Middlesbrough’s profile.”

Mieka is not the only journalist associated with the Gazette to have taken up high office following the recent elections.