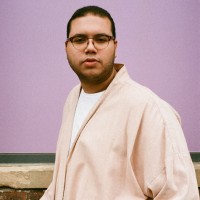 A journalism student scooped an awards double for his writing on subjects including the “fake news” trend.

Hesham Abdelhamid, who studies at the University of Gloucestershire, won both Student of the Year and the Features category at the Midlands Media Student Awards.

Judges likened Hesham’s work to what they would expect from a “seasoned journalist working in the profession for years”, with his portfolio being praised for its “thorough planning and research”.

His submissions tackled subjects such as professional humility, an aspect of conflict within society and the fascination with the trend of creating fake news.

Hesham, pictured, said: “Following a negative experience at a networking conference, I wrote a long-form feature on why, being humble in the way you describe yourself as a professional/creative and letting your work speak for itself, is the best way to get noticed in any saturated industry.”

In an unprecedented move in the highly competitive Sport Category, the judges named three students – Molly Hudson, of Staffordshire University, and Adam Barker and David Wainwright, both from the University of Derby – as joint winners.

All the winners were presents with their accolades at a ceremony, which was held in Birmingham on earlier this month.

Llewela Bailey, chairman of organiser the Birmingham Press Club, said: “Many well-known names in the media world have kick-started their careers after having successfully negotiated their courses at Midland universities and colleges.

“And I have no doubt that those who entered our awards will be following in their footsteps.

“The standard of submitted work was truly outstanding – a real credit to the lecturers who are helping to craft their careers.”

Student of the Year
Hesham Abdelhamid, University of Gloucestershire