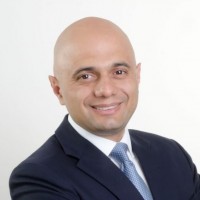 Sajid Javid has used his local newspaper to announce his bid to become Prime Minister.

The Home Secretary, left, exclusively revealed his candidacy for the Tory leadership to the Bromsgrove Standard, saying it was “fitting” that his constituents were the first to know.

The Standard was contacted by Bromsgrove MP Mr Javid’s office on Monday, and subsequently broke the news on its website.

The Standard’s scoop comes after the Farnham Herald exclusively revealed the launch of Foreign Secretary Jeremy Hunt’s own bid for the role on Friday.

Standard editor Tristan Harris told HTFP: “I received the call from Sajid’s office on Monday saying as his constituents were the ones who had enabled him to become an MP, it was only right that they be the first to know he would be putting himself forward to be leader of the Conservative and Unionist Party. We were delighted Sajid had chosen to give the Standard his statement exclusively and to be able put the news out there first on our website.

“We have a great relationship with the MP, having officially backed and promoted his annual jobs fair, pensioners’ fair and the yearly schools debating competition which I’ve been on the judging panel of ever since he introduced it.

“We wish him well with his leadership challenge. Sajid becoming Prime Minister would be a great way to put Bromsgrove on the map.”