A hyperlocal magazine launched with a regional journalist’s redundancy money is set to celebrate the publication of its 100th issue.

The Worthing Journal will mark the milestone in its April edition, having been founded in January 2011.

The monthly magazine was set up by Paul Holden, a former news editor on Brighton daily The Argus and editor of the Worthing Sentinel.

After being laid off in 2010 when The Argus’s Worthing office was closed, Paul used his redundancy money to set up the Journal – with the initial 32-page edition being produced in just 10 days. 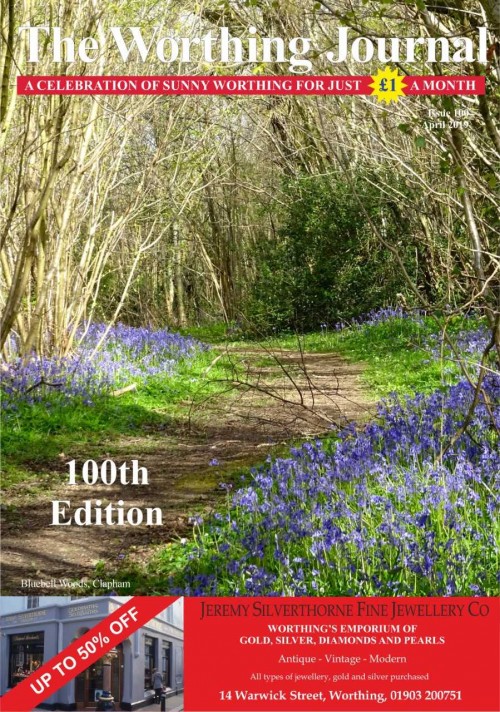 Today, the Journal is 128 pages and cannot go bigger in its present form because the printers don’t have a staple machine big enough to go through the fold.

It has run a number of successful campaigns over the course of its existence, which have been largely aimed at beautifying Worthing and raising funds for charity.

Said Paul: “Although a monthly we regularly break exclusive stories and give readers the inside track on issues affecting the town.

“With local newspapers severely weakened by social media, councils, police, and other taxpayer-funded bodies put out press releases telling people only what they want you to know.

“We tell readers what they don’t want you to know, while at the same time championing sunny Worthing, a great community filled with people who take pride in their town.