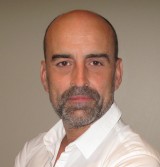 A regional publisher is set to launch up to three local news websites thanks to funding from Google.

Archant has announced a new three-year partnership with the search engine giant called Project Neon, which will target up to three UK communities “identified as being currently underserved by local news”.

The locations served by the new sites are yet to be announced, but Archant says they will be created “in a concerted effort to reverse the commercial challenges local news publishers have faced in the past decade”.

Part of the aim of the project will be to explore new business models for local news which can then be shared with the wider industry.

Archant’s project team will work with a team of experts at Google, which is providing funding for the project as part of the Google News Initiative local experiments project.

In a blog for Google about the project, the company’s chief content officer Matt Kelly, pictured, said the project would “rethink local news from every perspective, from storytelling to layout, from business models to website design”.

Said Matt: “The new businesses created under Project Neon will be 100 percent owned and operated by Archant. Google’s interest lies in developing digital business models and operational approaches that can be shared with the wider industry, and while they are providing expertise and funding, they will have no input whatsoever in editorial decision-making.

“We at Archant have been in the news business since 1845, when four free-thinking businessmen launched a weekly newspaper called The Norfolk News. Now, nearly 175 years later, we have a collection of more than 50 local news brands across the UK.

“It’s no secret that in recent years, our industry has been more challenged than at any other time in its history. But local news is as important as ever, and if we are going to find a sustainable digital-only model, it is bold experiments such as Project Neon that will help provide a pathway to thriving local news.

“With support and expertise from the Google News Initiative, I believe Archant has the potential to deliver exciting new solutions for local news brands, not only in the U.K. but also in other parts of the world where the local news business is in decline.”

Matt said more details about the project would be released in the near future, including the locations of the “target communities”.

He added: “We will chronicle our successes (and, no doubt, our failures) and share them publicly with the industry at large, enabling other media companies to do similar work.

“Nobody can accurately predict how the future of local journalism will look. But with our shared vision for building strong communities, Archant and the Google News Initiative will break new ground towards the goal of a local news industry that not only survives, but thrives.”