A former weekly newspaper reporter has written a book about Billy Joel ahead of the singer’s 70th birthday.

Jon Brett, who used to work for the Milton Keynes Citizen, has penned Billy Joel: Tales of An Innocent Fan about the American singer, who is also due to play a rare Wembley Stadium concert in June.

The book includes never before published interviews with current and former band members who lift the lid on life on the road with the Grammy Legend Award winner.

Through a series of encounters, including with Billy himself, Jon gets under the skin of those close to the star to reveal an intimate portrait of the “sometimes reclusive and notoriously private” performer. 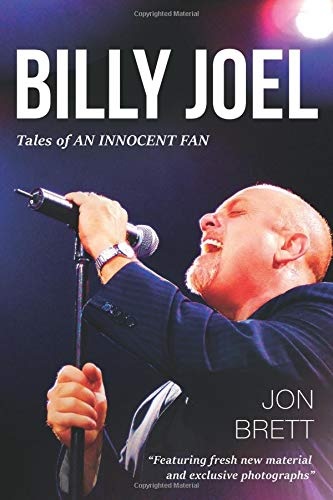 The book features 70 photographs, some published for the first time, plus contributions from fans worldwide.

Said Jon: “The book was a lifetime creating, two years in the making and a month spent hanging out with Billy’s mates in Hicksville and Long Island. It was a blast.”

The book is available here.