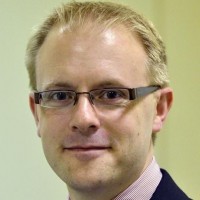 A former weekly newspaper editor is set to take on the London Marathon for charity later this month.

Richard Parker, who edited the Keighley News between 2012 and 2015, will be hitting the streets of the capital on Sunday 28 April in aid of the Dementia Revolution.

The campaign joint initiative between the Alzheimer’s Society and Alzheimer’s Research UK to fund efforts to find a cure for the condition.

Richard, 45, now works in communications at the University of Leeds.

He told his old paper: “I can’t imagine there isn’t a person in this country who hasn’t been touched by dementia in some shape or form.

“That’s no different for me and my family, so I have personal reasons for taking part in the marathon and raising money for this extremely worthwhile cause.”

He added: “Anything people can donate would be greatly appreciated.”