Former regional journalist who was ‘force of nature’ dies aged 48 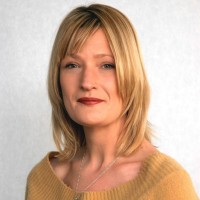 A former regional journalist described as a “force of nature” by colleagues has died aged 48.

Tributes have been paid to Jane Simpson, pictured, who worked for Aberdeen daily The Press & Journal before going on to a career on newspapers in Glasgow.

Jane, who has died after a long illness, started her career with the Press & Journal in the early 1990s and was involved in establishing its Angus district office.

During her later career in Glasgow, the mother-of-two went on to the Daily Record’s sister title the Sunday Mail and then the Mail on Sunday.

Former MoS bureau chief in Scotland Jamie Macaskill, who is now digital editor of Grimsby Live and Scunthorpe Live, said: “Jane was charming, funny and a joy to work with. She was a terrific reporter but with such humility. She would never accept just how good she was.

“Jane could have worked in any newsroom in the country and we were lucky enough to have her in ours. But she was also a devoted mum whose children were never far from her thoughts. It will be a terribly sad loss to all those who knew and loved her.”

Journalist Graham Ogilvy, who first met Jane in the early 1990s when the P&J’s Angus office was being set up, said: “Jane was a force of nature and showed boundless energy breaking and following up stories.

“I later worked with her at the Sunday Mail and Mail on Sunday where she was widely respected for her professionalism and ability.  Her tragically early demise will sadden many of her former colleagues in Scottish journalism.”

Jane’s reporting at the MoS earned a nomination at the Scottish Press Awards in 2009.

MoS news and feature writer Patricia Kane said: “Jane touched the hearts of many who worked with her, not only because of her wit and sunny disposition but because of her empathy for others around her, despite her own personal challenges.

“She was a brilliant, determined and versatile writer with a natural flair for words. But above all she had a huge heart and was a loyal and loving friend to those of us lucky to have known her.

“Her life and career were cut short far too soon but she leaves behind a legacy of memories we will always cherish.”

He added: “We hit it off straight away at journalism college and became flatmates. Jane became something of a big sister figure. In those cash-strapped days – when I had hair – she even provided a free alternative barber service.

“Her farewell present to me when we graduated was the man’s overcoat she’d bought from a second hand shop that I used to frequently ‘borrow’. Throughout our student days and as our friendship continued in our working lives Jane was invariably the life and soul.

“She’d a love for telling stories which never waned. It’s that enthusiasm about her which I’ll always fondly remember.”

Her sister Lesley Anne Davies said Jane had died after “a huge battle fought and lost” and described her as “one of a kind”.

Jane, from Kirriemuir, is survived by her two grown-up children Rebecca and Nicholas.