A former regional daily sports editor and Iraq War veteran has gone public on his struggles with PTSD and anxiety in a bid to help fellow ex-military personnel.

Ahead of World Mental Health Day on 10 October, the former Airman decided to place himself on Pathfinder’s front cover in a bid to break down stigma on mental health in the forces and in civilian life.

Inside the magazine he discussed his own resettlement story on leaving the RAF in 2011 and struggles with PTSD and general anxiety disorder since serving tours in Afghanistan and Iraq, followed by periods in Afghanistan and Sierra Leone as a civilian. 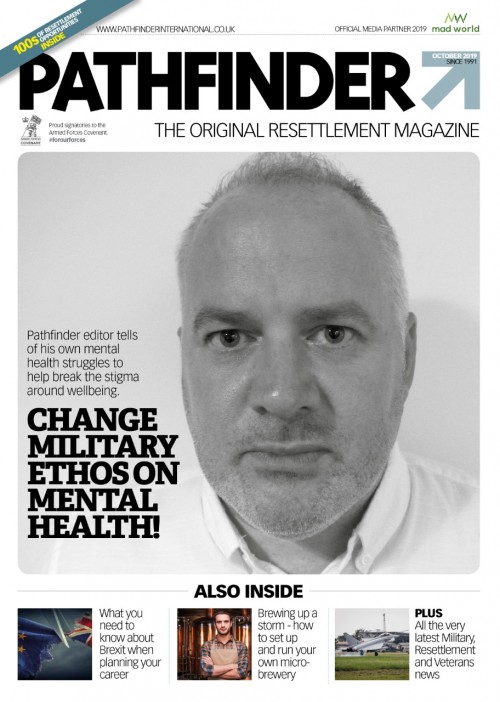 Mal, 40, said: “I appeared on the podcast of a veterans show a few weeks back and the feedback I received from fellow veterans was incredible. They had realised their own problems through identifying through my story.

“This made me decide to feature on the cover of a magazine I edit, which was a bizarre feeling, but one I hope sparks people in military circles to come forward and look for help.

“As I said inside the magazine, if you had a broken leg, you would go and fix it, so why not a broken mind? There is no shame in seeking help, in fact it is a display of strength.”

Mal, who has been treated for PTSD and GAD, also wrote a double page spread describing an anxiety attack.

He said: “I wanted to delve a little further than my own journey and actually go into detail about an episode of anxiety. If people can relate to that and identify it, this experience, whilst frightening, might not seem so unusual after all.

“It is all about normalising mental health and its related issues.

“Mental health does not just go away and once you reach out for treatment, you acquire skills on how to manage your mental health, which in some cases could be for the rest of your life, but a much happier life at that.”