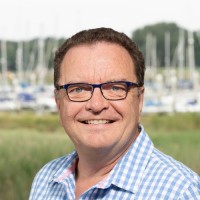 A former regional daily journalist’s PR company has been named the best in the South of England.

Briscoe PR is run by director Kevin Briscoe, pictured, who used to work for Portsmouth daily The News.

The firm was awarded the accolade for Most Outstanding PR Consultancy for the South of England and Channel Islands by the Chartered Institute of Public Relations.

He told his old newspaper: “We were taken completely by surprise. We always hoped that we would win this award but to actually hear our name called out was a fantastic surprise.

“This is testament to the tremendous hard work of my colleagues in the business and the fantastic support we have had from all of our clients.

“Our work is always focused on them but winning an award like this shows that our peers in the profession think we are doing a fantastic job too.”

Kevin has also previously served as head of media and corporate communications at Hampshire Constabulary.