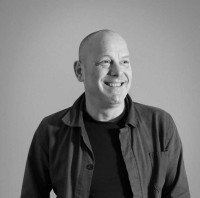 A regional daily’s former deputy editor is set to take a leading role in the global fight against landmines.

Jon Brown, left, who was second in command at the Liverpool Echo between 2001 and 2005, is to join the leadership team of the Mines Advisory Group, an international humanitarian and advocacy organisation that finds and destroys landmines, cluster munitions and unexploded bombs in current and former war zones.

MAG is headquartered in the UK but employs almost 5,000 people in 25 countries including in South-East Asia, Africa, South America and the Middle East.

Jon has been appointed as a director and will be part of an eight-strong leadership team at the charity, which received the Nobel Peace Prize in 1997 for its part in the International Campaign to Ban Landmines.

The 53-year-old is also a former head of multimedia for publisher Trinity Mirror, now Reach plc, and former assistant editor of the South Wales Echo, having begun is career on Blackpool daily The Gazette.

He will now leave his role as a director of PR agency Influential, having become a major shareholder in the business after selling his previous PR agency, Factory Communications, which he founded in 2006 after quitting journalism.

Said Jon: “Influential has achieved significant year-on-year growth over the last five years, has a brilliant senior management team in place, great staff and represents some of the UK’s most dynamic businesses.

“But the opportunity to join MAG was one I could not turn down. In the last 30 years, the organisation has helped over 18 million people in 68 countries rebuild their lives and livelihoods after war.

“Their staff work in the most difficult and hazardous environments in the world in order to save the lives of others and to help rebuild communities afflicted by conflict. It is a huge privilege to be able to play a small role in that work.”

Jane Cocking, chief executive of MAG, said: “I am delighted to welcome Jon to the leadership team at MAG. His passion for our cause, along with the depth and range of his experience, will be invaluable as we continue to push to save lives and build safer futures.”