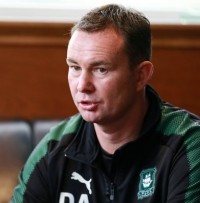 A football manager has barred a regional daily’s journalists from his interviews and press conferences after it covered criticism of him by supporters and a former player.

The Plymouth Herald and its Plymouth Live sister website have been informed by Plymouth Argyle FC that they will no longer be able to speak to Derek Adams at his pre-match press conferences and other interviews.

Argyle have made no official comment, but have stressed that the restriction applies to Mr Adams only and not to players or other club staff – while no other media are affected.

In a message to readers, Plymouth Live editor Edd Moore said: “As the largest and leading independent media outlet for all Argyle-related news and views, we pride ourselves on our unrivalled coverage of the club we all so passionately support.

“Our readers rightly expect extensive pre-match coverage, including interviews with the manager. We are sorry we are being blocked from bringing you this. The decision is out of our hands but we hope the restriction will be temporary.

“Plymouth Live remains committed to reporting on Argyle with balance, emotion and most importantly independence. Like all fans, we celebrate when the team win and we hurt when they lose.

The row follows a report on Plymouth Live on the fans’ reaction following Argyle’s 2-2 home draw against Bristol Rovers, in which the visitors had scored a 91st minute goal to level the score.

Last week the site also ran an interview with former player Daniel Nardiello, who made four brief substitute appearances for Argyle in 2016, in which he questioned whether Mr Adams had researched him thoroughly enough before signing him.

Added Edd: “We believe the fans have every right to know why [Mr Nardiello] believes his period at Home Park was so fruitless.

“His comments have evidently upset the Argyle manager, who has never fully explained his reasoning for leaving the striker out in the cold at Home Park [Argyle’s home ground]. He is of course welcome to set the record straight on this website if he wishes.”

The Herald and Plymouth Live will still be able to attend post-match press conferences, which Mr Adams is obliged to fulfil under Football Association and English Football League regulations.