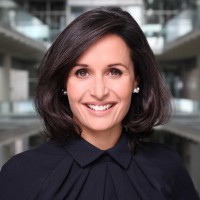 The finalists of an annual regional journalism awards have been revealed after a record number of entries were received.

A total of 149 enries were submitted for this year’s Kent Press & Broadcast Awards across 15 categories, trhe most in its five-year history.

The not-for-profit scheme is organised by Kent PR and marketing agency Maxim, and the winners will be revealed at a ceremony held on Friday 12 July at Kent County Cricket Club, in Canterbury.

They will be hosted by award-winning journalist Nina Hossain, pictured, who presents the ITV Lunchtime News, is the main anchor for ITV News London and also presents News at Ten.

Maxim’s Rachel Knight said: “In consultation with the judges, we’ve changed a few categories this year so they better reflect the day-to-day work that takes place in Kent’s newsrooms.

“As ever, the entrants proved that journalists love a deadline with more than half of them leaving it until the last few hours to submit their entries.

“We were really pleased to see so many people entering for the first time, proving local media in Kent is thriving.”