Gallery to showcase daily’s history after interviews with ex-staffers

An exhibition examining the history of a regional daily will be held on its patch tomorrow.

The event will chronicle the past of the Coventry Telegraph, and is being held as the result of a Coventry University project which saw a series of oral history interviews conducted with former employees.

The interviews were held with ex-Telegraph staff who worked across editorial and production departments from the 1950s to the 1980s.

The one-day event will be held at Coventry’s Herbert Art Gallery and Museum, pictured, between 10.30am and 3.30pm. 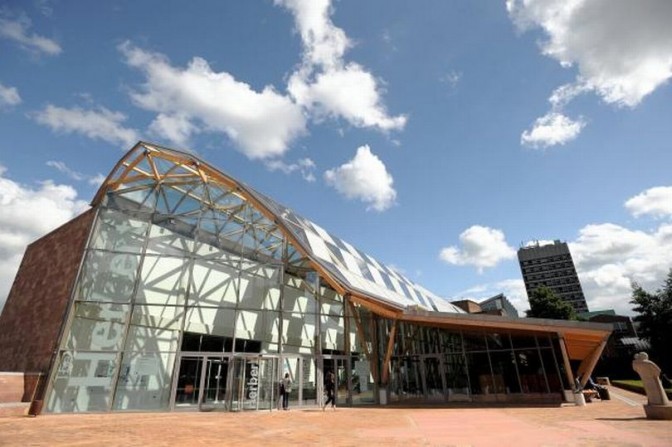 Telegraph editor Keith Perry said: “It is great to see the history of the Telegraph being recorded in this way. We have always told the stories of Coventry and its people but it is important that the Telegraph’s story is also told.

“The Telegraph – like the rest of the newspaper industry – has gone through massive change in the last decade or more but we are still a big part of the city and the county.

“Although we left our Corporation Street offices in 2012, where the staff involved in this project will have worked, our newsroom at Coventry Canal Basin still allows us to cover the area in more detail than anyone else.

“Audience behaviour continues to shift but we still publish three editions of the Telegraph – Coventry, Nuneaton and Warwickshire – six days a week and our website Coventry Live reaches around 150,000 unique users a day. We have always been an audience business. It is very different but we are still very good at it.”

The free event will include information about the newspapers and how they might be useful for research, and providing an insight into what printing press was like.

Dr Rachel Matthews, professor of journalism at Coventry University, led the research project ad will give a talk at the exhibition, along with assistant professor in history Dr Darren Reid.

“This is particularly true of the Coventry Telegraph and this project was inspired by the interest people in the city showed in the Corporation Street offices when they were opened to the public in 2018.

“I was really struck by how the enthusiasm people displayed summed up how much the paper means to people in the city, and so the idea of the oral history was born.”