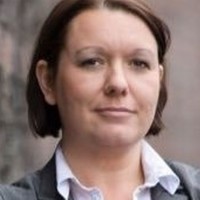 A former regional journalist who became a police communications chief is under investigation by the force she works for.

Greater Manchester Police has confirmed its professional standards branch is investigating its head of corporate communications Amanda Coleman, left, after “concerns” were raised.

Amanda worked as a reporter for Bolton Metro News, joining the newspaper in 1993, before moving to the Stockport Express and South Manchester Express in 1996 as a senior reporter.

She switched careers in 1998 when she became a press assistant for the North West office of the Environment Agency and later moved to Merseyside Police, where she became of head of its Press Office in 2000.

Amanda joined the Greater Manchester force as deputy corporate communications director in 2001 and became acting director in 2008, before getting the £72k-a-year post permanently.

The Manchester Evening News reports she has not been suspended, but has been placed on restricted duties.

A GMP spokesperson said: “Concerns have been raised regarding a member of police staff.

“These concerns are now subject to an investigation by the GMP Professional Standards Branch. It is inappropriate to comment further at this time.”

Unison, who are representing Amanda, dud not respond to the MEN’s request for a comment.