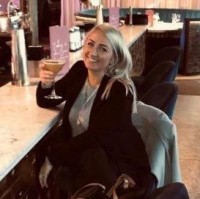 A former regional journalist who worked as a runner on the Jeremy Kyle show has revealed the “insane” tactics used by producers to “stir up” guests.

The ITV chat show was taken off air permanently last week after a guest was found dead days after his appearance on the programme.

Now former Lancashire Telegraph journalist Simone O’Kane, pictured, who also used to work as a runner on the show, has come forward to share her experience of how it operated behind the scenes.

Speaking to the Telegraph, she said the antagonisation that guests were subjected to before going out on stage was “insane”.

Simone, who left the Blackburn-based daily in 2016 and now runs her own PR company, said: “Producers would stir up and fuel guests. They would make them run out on stage in rage, all for ‘good TV’.”

Discussing the future of ITV’s programming, she added: “Let’s hope there’s a focus on the wellbeing and the welfare of guests on the next show which will fill the day-time slot.

“Inspirational people who get up and go to work, have achieved and have stories to tell. Education is key, not exploitation.

“The show has exploited those most vulnerable and with mental health problems for far too long. Get something decent on day time TV to inspire people who are sat at home.

“It just seems that people love to laugh at the misfortunes of others whether it’s big ears, a twitch, bad teeth or whatever.”

In a statement last week, its CEO Carolyn McCall said: “Given the gravity of recent events we have decided to end production of The Jeremy Kyle Show.

“The Jeremy Kyle Show has had a loyal audience and has been made by a dedicated production team for 14 years, but now is the right time for the show to end. “