Ex-editor teams up with former colleagues for local business newsletter

A former regional daily editor has teamed up with old newsroom colleagues to launch a new business newsletter.

He was joined in launching the newsletter by former Mail journalist Adam Smith, also known as Steve Zacharanda, and sub-editor Gary Young.

Adam infamously resigned from the Mail on YouTube in 2008 while visiting the US to cover that year’s presidential election and went on to write a book about his adventures entitled ‘Obama and Me: The Incredible True Story of a YouTube Sensation.’ 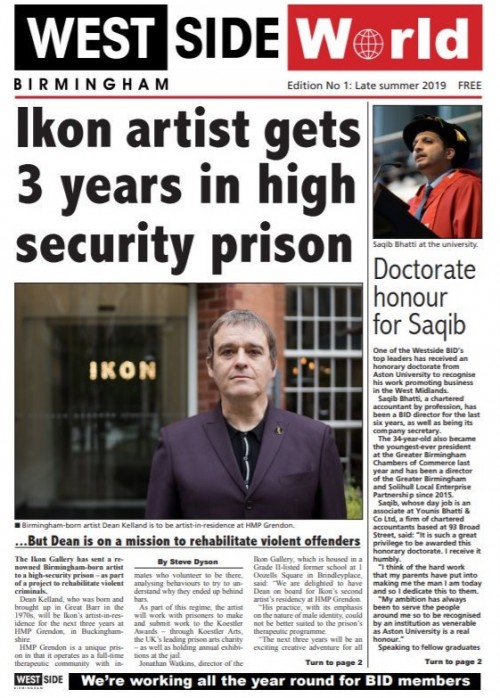 Steve, who was Adam’s editor at the time, himself left the Mail the following year and now runs his own company, Dyson Media, as well as writing his regular Dyson at Large blog for HTFP.

He told HTFP: “One of Dyson Media’s longstanding training clients is Westside Business Improvement District, and I’ve been training their staff for a few years off and on regarding media events, writing guidance, etc.

“This summer they asked how easy it would be to get a new newsletter launched, and a month later Westside World was born.

“It’s aimed at being a quarterly newsletter, and the main impetus is training BID staff to get and out and about to gather story ideas.”

He added: “[It was] an enjoyable job creating a newsletter for a business client, and one where I was able to work again with former Mail colleagues.”