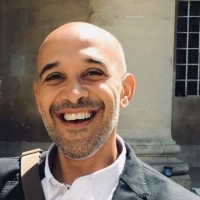 Media outlets aimed at ethnic minorities can now apply to be partners in a BBC scheme initially set up to improve regional democracy reporting.

News platforms which serve the UK’s black, Asian and minority ethnic population can now apply to become a partner in the BBC’s local news partnerships, which includes the local democracy reporting service employing around 150 journalists across the regional press.

It means they will have access to stories produced by BBC-funded reporters as part of the service, in a move the BBC hopes will support BAME journalism and ensure public service news reaches a wider audience.

Currently there are more than 900 approved local news outlets signed up to the partnership, ranging from hyperlocal websites to established regional newspapers.

Ken MacQuarrie, director of BBC Nations and Regions, said: “This change means media outlets that serve BAME communities, wherever they are located, can have access to our local news partnership.

“For them, it’s an exciting opportunity to receive a wealth of great local journalism. For us, it is the chance to ensure our journalism is seen by more people and to support a broader range of news platforms.

“We wanted to widen participation in our partnerships, so this change achieves that while maintaining the principle aims of the partnerships.”

Successful applicants will also have access to stories produced by the scheme’s shared data unit, which is made up of BBC staff and journalists seconded from regional press titles. The unit has so far generated nearly 800 stories.

The change has been agreed with the News Media Association, which represents the local news industry in the scheme.

Jeremy Clifford, chair of the NMA/BBC advistory panel, said: “We were very happy to work with the BBC to find new ways of extending the partnership to open the first class content supply to news outlets representing BAME groups. The more inclusive the partnership, the wider the reach of the content.”

The announcement has been welcomed by former BBC Scotland current affairs editor Marcus Ryder, pictured above, who campaigned for the change.

Posting on his ‘Black On White TV’ blog, which examines issues of race on British TV and across the media, Marcus wrote: “For a long time campaigners for BAME media diversity have pointed out that attempts to increase regional diversity (supporting local newspapers, producing more programmes outside of London) have been backed by real money and real jobs.

“There is also the natural tension that increases in regional diversity to areas outside London can be detrimental to the BAME community that is heavily concentrated in London.

“The BBC announcement sets a precedent that every person wanting to increase BAME diversity will be able to point to from now on. It says that BAME diversity should be treated in exactly the same way as regional diversity with financial support.”