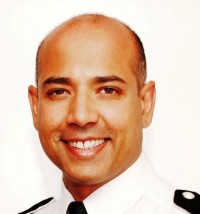 Editors will get the chance to quiz a police chief who made headlines this year with comments aimed at the role of the media in covering terrorism at an upcoming conference.

Mr Basu, the Met’s former head of counter terrorism, sparked debate when he appeared to chastise sections of the media following the shooting outrage at a New Zealand mosque in March.

The Assistant Commissioner also spoke out earlier this year when details of leaked documents revealing communications from Sir Kim Darroch, UK Ambassador to Washington, detailing his thoughts on the Trump administration were published and led to his resignation.

SoE executive director Ian Murray, said he was “delighted” the Assistant Commissioner had agreed to speak to delegates and answer questions from editors and journalists attending the conference.

Ian added: “The Assistant Commissioner has not shied away from expressing his thoughts on the role of the media.

“They have been forthright, and it is in character that he would take the opportunity to meet with the industry to discuss and debate his stance on media issues.”

Mr Basu is the former UK senior national co-ordinator for counter terrorism and led on the policing contribution to the Government’s CONTEST strategy for Pursue and Prevent.

He has been commended 10 times during his career for bravery, leadership and detective ability, including two Commissioner’s Commendations, and was also awarded the Queen’s Police Medal for distinguished service in 2016.

The conference will be held at Stationers’ Hall, London, on 12 November. Further details of speakers and how to attend can be found here.