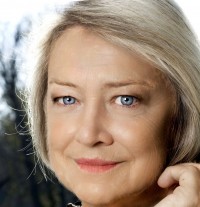 Kate, pictured, will be honoured at the SoE’s 20th anniversary conference, and it is expected she will address conference members at the gala dinner on the evening of 12 November.

Kate covered both Gulf Wars, Northern Ireland’s Troubles, the Tiananmen Square protest in Beijing in 1989 and the final NATO intervention in Kosovo in 1999.

Ian Murray, executive director of the Society of Editors, has praised the award winner.

He said: “Kate Adie is one of the most influential journalists of our age. Her record speaks for itself and her dedication to our profession and the high standards the public demands of it is legendary.

“I’m delighted that the Society is able to recognise Kate’s achievements and her on-going commitment to our profession with a Lifetime Achievement Award.”

More details of the conference programme and speakers are soon to be announced.