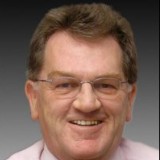 An editor has hit back after one of his reporters was rebuked for contacting a council officer directly instead of the authority’s press office – which is run by a firm based more than 60 miles off-patch.

John Elworthy, who edits the Cambs Times, Wisbech Standard and Ely Standard, has spoken out after being told by East Cambridgeshire District Council that its officers are “not authorised to speak to the press” either on or off the record.

The Ely-based council’s communications operation is outsourced to a firm called Prominent PR, based 66 miles away in Felixstowe, Suffolk.

John claims reporter Clare Butler had attempted to contact the company several times with a clarifying question over a story about food hygiene ratings.  But after “several calls” to the firm she decided to email the council’s environmental services department – prompting a senior environmental health officer to respond and “make it clear that such approaches are not to be made.”

In his email, the officer added: “Officers of the council are not authorised to speak to the press and all enquiries have to be directed through either our comms team or, if appropriate, through our Freedom of Information address.”

The days when reporters could speak directly to council officers is well and truly over – well @EastCambs it is after we were told in no uncertain terms to go through their comms team or use FOI requests. Is this now common across the UK? Please someone tell me it isn't …..

Speaking to HTFP, he added: “My view remains that councils ought to still to be able to field routine questions from established media but it seems not. For a senior officer to suggest a simple – but very important question – cannot be answered unless I use the comms team or submit a FoI is quite honestly ridiculous.

“It seems we are not the only ones in trouble for trying to establish contact with officers from the council – we’ve written recently about Simon Harries, a newly elected Lib Dem councillor at East Cambs who tried to make contact with officers over a local issue but ended up being reported by officers for harassment. I saw his emails and he was simply trying to do his job – i.e. get someone to take note of his complaint.

“He told me at the weekend the complaint against him had been dropped but he felt the issue we had ‘sounds creepily like the problem I had. That has been dropped by the way, but I have given them notice that I want to see reforms.'”

“Over the years I have rarely experienced such a problem: the comms team at Cambridgeshire County Council for instance have also been willing to allow the press to speak to officers for background and on the record too.

“It is not as if we don’t enjoy good relations with East Cambs Council – they are the co sponsors of the Ely Standard Business Awards which are happening at Ely Cathedral later this week. And we give them excellent coverage on their work. But on this I do believe changed attitudes are required. I’m planning to speak to the council leader and to see if a new protocol can be established. I’m not brimming with optimism.”

Jo Brooks, operations director at East Cambridgeshire District Council, said: “Our communications team are there to support journalists with their enquiries and provide an efficient service which works for both the media and the council.

“When an enquiry is raised, the communications team work alongside the relevant departments to collate the details required and provide an informative response. In this instance, all the information which was available at the time was shared with the journalist by our communications team.

“We are open and transparent and have always had an excellent working relationship with the media. Unfortunately due to the nature of the enquiry and the process of announcing of a food standards rating, it was not possible for the press officer to provide exactly what the journalist required at that time. The council officer was also unable to add anything further.

“We advise our departments that media enquiries should be directed to our communications team to ensure that they are dealt with effectively and in a timely manner.”