An editor has hit out at a council’s “massive PR own goal” after it rejected his newspaper’s bid to name a town square in honour of a TV comedy duo.

Andrew Mosley, who edits the Rotherham Advertiser, has criticised Rotherham Council after it turned down a petition to dub space in the centre of the Yorkshire town as ‘Chuckle Square’ in honour of Barry and Paul Elliott, better known as the Chuckle Brothers.

HTFP reported earlier this week how the Advertiser had handed in a petition of 681 signatures to the authority, while around 1,000 further signatures obtained via the change.org website were not officially recognised by the council.

Andrew put the paper’s case to the council’s overview and scrutiny management board on Wednesday, but the idea was subsequently voted down by councillors. 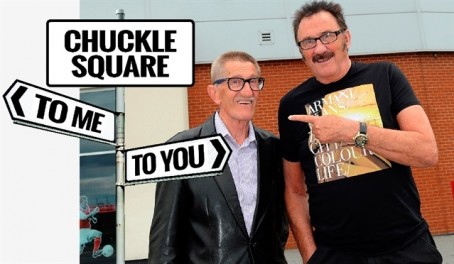 Said Andrew: “This seems like another massive Rotherham Council PR own goal and a missed opportunity to bring people into the town in the future. It must also feel like a slap in the face for Barry and Paul and all they have done to put Rotherham on the map.

“Chuckle Square could have been used as a community space and meeting place when town centre events were being staged, during Rotherham show or in the school holidays.

“Children’s entertainment could have been staged in Chuckle Square, which would have brought people into the town centre and, let’s face it, Rotherham town centre needs a good news story.

“It would have also ensured the legacy of the brothers was secured as future generations visited the town and researched just who the Chuckle Brothers were. Sadly, none of this is to be but we will now research what other avenues are open to us to pursue.”

Councillors instead voted to recommend a street or children’s play area in a new housing development in the nearby town of Maltby be named in honour of the entertainers.

Cllr Brian Steele, chairman of the council’s overview and scrutiny management board, said this was because “the brothers and their families are from Maltby”.