Editor questions ‘bigger’ publishers’ commitment to some of their newspapers 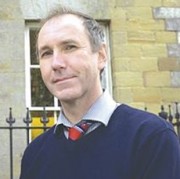 An editor has questioned what he has called the “bigger” regional publishers’ commitment to some of the newspapers they run.

Andrew Mosley, left, who edits the independent Rotherham Advertiser, has criticised larger publishers in an interview for a new book which explores the threats to democracy caused by cuts to communications departments and the regional press industry.

In his interview, Andrew told the book’s authors “a lot of pressure” was being put on journalists working in under-staffed newsrooms.

Discussing staffing in the industry, Andrew said: “There was extra pressure on the media through websites to start with, then other forms of social media coming in with Facebook, Twitter etc. and at the same point pressure on jobs.

“So you tend to find that owners of newspapers, specifically the larger groups, want to reduce staffing but get more out of them, which I think stretches your ability to provide a quality product, and I think that’s evident in some of the products that are put out by the larger newspaper groups who’ve cut staff massively.

“I think they maybe don’t have the commitment to that paper or the knowledge of the area, and I think that’s evident in the quality of what you get, but yet you’ve got newspaper owners and chief execs expecting the same results.

“And that’s put a lot of pressure on journalists, and I think the people who are running papers as opposed to people who were running them 25 years ago when (that person) might have been the editor, don’t really understand what a newspaper is about and why people bought it in the first place.”

Speaking to HTFP, Andrew added: “Since the interview took place there seems to have been a bit of back-tracking from the larger companies, who, after years of pursuing a digital first policy at the cost of print, suddenly started running campaigns telling people why it was important they bought their papers. Part of that reason was to keep track of what the council and police were doing.

“Obviously the BBC local democracy reporters have helped these papers cover councils and increase scrutiny of local authorities again, but those companies had actually made the decision themselves not to do that in the first place.”

Times chief investigative reporter Andrew Norfolk, who broke the Rotherham child sexual exploitation scandal, was also interviewed for the book, telling its authors he feared local authorities had “become so accustomed to not being scrutinised and not being held to account”.

Andrew, who formerly worked on the Scarborough Evening News and Yorkshire Post, added: “I’m afraid to say that particularly applies in areas of this country where one political party has an overwhelming dominance, whether that is Labour or Conservative, but obviously because my years in regional journalism were in the north it tended to be Labour, and in Doncaster and Rotherham there was barely an opposition councillor.

“And if the local media are no longer there to go through the agendas and I know you sometimes get members of the public who take a particular interest in local democracy and try to raise a fuss.

“But if there’s no outlet for scrutiny and opposition and questions and being put on the spot, when you’re actually about to take a decision you no longer need to consider is anybody going to ask any tricky questions about this, then I think the danger’s self-evident.”