Editor joins hyperlocal news network amid expansion on to patch 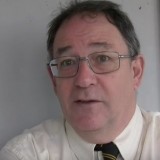 A hyperlocal editor has joined a local news network which is expanding on to his patch.

Thurrock Independent publisher Neil Speight, pictured, has announced the move to Nub News, which was launched as a local news aggregation service in September last year.

Neil currently runs the Independent as an online-only operation, having ceased publication as a print product in June.

He hopes by merging the Independent into Nub News it can be used as a “bridgehead” to establish hyperlocal news coverage across the South-East of England and beyond.

Said Neil: “Sadly, however you try and configure the model, the public appetite for print – and more importantly the commercial appetite for print – has diminished to the extent it is not viable to run a paper as a commercial enterprise and not unrealistically there are few altruists who are prepared to dig deep enough to sustain printing them over a period of time,” he says.

“Nevertheless, two things remain. There is a need for quality, vigilant journalism to hold public bodies to account – and there is a proven interest in local communities for local news. Put the two together and there is a clear opportunity.

“I have been running the Thurrock Independent online but I have not been able to commit to it as fully as I would like but, having heard about founder Karl Hancock’s plans for Nub News, I got in touch and was heartened by his vision, his commitment to the business and to journalism but above all by his business-like approach to establishing the company on solid foundations, backed by authoritative figures and investors.

“And having met the team of people Karl has already assembled in the South-West of England and who are already making a significant impact in news provision for their communities, I was delighted to commit to join the team and hopefully I can bring a little something to the party – not least by merging the Thurrock Independent into Nub News and using it as a bridgehead to establish hyperlocal news coverage across the South-East – and further than that.”

In joining Nub News, Neil follows in the footsteps of Tim Lethaby, who ran seven Reach plc-owned weeklies in Somerset before being made redundant last year.

Tim now serves as regional editor for Nub News in the South-West of England, having joined the company earlier this year.

Of Neil’s appointment, Karl said: “We are delighted Neil has agreed to join our team. He brings a wealth of experience but also a passion for local news and for local journalism and I hope that his decision to join us reflects the positive aspects of what we are trying to achieve.

“We are at the beginning of a journey that will change the way local news is presented with authority and credibility and will secure everything that is positive about local journalism.”