An editor has hailed the power of the web after council chiefs vowed to improve sports facilities for children thanks to a city daily’s campaign.

The Edinburgh Evening News launched its Sports Chance campaign earlier this month after an exclusive investigation by the newspaper found a £14m shortfall in council funding for sport.

Edinburgh City Council has now agreed a cross-party motion instructing officials to look into a system to give clubs easier access to its facilities, while councillors have also agreed to accept responsibility for marking pitches, cutting grass and removing grass cuttings.

That motion was tabled by Conservative councillors, while an amendment was also accepted from Green members to set up conversations with private schools and universities about how their facilities could be made available to the public. 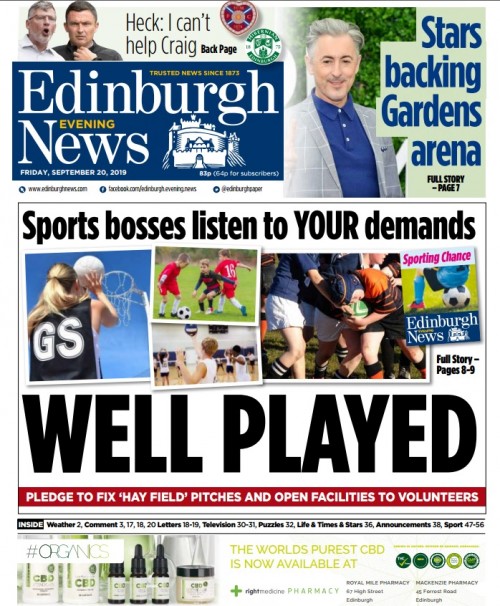 EEN editor Euan McGrory told HTFP: “What has really made this campaign work is the way so many of our readers have rallied to the cause.

“Not only have thousands signed the petition, but some have generously made donations to help spread the message and our journalism.

“Social media and the power of the web means that we can campaign more effectively than ever before when we champion causes that really matter to our readers.

“One of the most important changes we are on the verge of achieving is helping to empower them to do even more of what they love, thanks to the city council investigating a new ‘trusted volunteer’ scheme to empower volunteer coaches.”