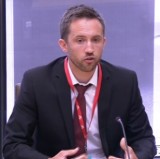 An editor has urged readers to define “actual news” after launching a New Year survey on his title’s coverage.

Paul Rowland, who edits Wales Online, has called for those who want the site to cover “anything at all other than the usual clickbait” to say specifically exactly what they mean by that.

In a New Year message to readers, Paul has encouraged people to come forward and tell him about the “subjects, issues and values that are important to you”.

Writing on the on the Cardiff-based site, he pledged to read and consider every idea put forward.

Wrote Paul: “As we move in 2019, we’ve been thinking a lot about how we can involve you, our readers, more in what we do. We want to give you the chance to shape what we’re reporting, by telling us the subjects, issues and values that are important to you.

“It’s an opportunity for you to speak out about the burning issue in your community, or for you to tell us what you think we’ve missed. Or you might prefer to tell us the values and themes you’d like to see more of in our reporting.”

Paul, pictured, added: “Of course, we’re not so naive to think we won’t get more than a few ‘how about covering some actual news for a change’, or ‘anything at all other than the usual clickbait’ (yes, we read all those comments, Facebook posts and tweets).

“The problem with those sentiments is that they’re difficult for us to act upon. If you want us to cover ‘some actual news for a change’, then here’s your chance to define what ‘actual news’ is to you. Because that’s generally much more of a subjective thing than many people realise.

“We have many tools at our disposal to hone our understanding of what our audiences want to read, watch and listen to. But few are as effective as listening to your readers.

“We can’t guarantee we’ll use all the suggestions, but I absolutely to read and consider all of them, and if your idea is one we plan to take further, we’ll be in touch.”

Speaking to HTFP about the reaction he has had since the survey’s launch, Paul said there had already been some “great suggestions that’ll go straight on the newslist”.

He added: “We’ve had lots of responses saying we should be covering ‘more of the things that matter to people in Wales’, and similar things on those lines, but when I’ve asked what’s meant by that, everyone has a different view. That was really the point of the exercise.

“We’ve had a lot of people telling us they’d like to see more political news. This is something we already go a great deal of – although we could always do more – and those comments lead me to believe there’s a wider problem that simply publishing more won’t fix.

“Fundamentally, it doesn’t matter how many politics stories you write if people aren’t reading them. The challenge for us in 2019 is less to create a larger amount of political coverage, and more to engage a larger number of people in the coverage that we have.

“Lastly, I’ve had lots of conversations with people about the more light-hearted stories we run. They might not be everyone’s cup of tea, but they attract a large audience, and that audience helps pay for the public interest journalism that takes up the vast majority of our time and energy. It’s been fun sparring with a few people on that point.

“We’ve had dozens of responses, and I’m in the process of replying to as many as possible about their thoughts – positive and negative – and we’ll also be looking to involve some of the individuals who’ve made suggestions in the stories and features that those suggestions become.”