Director known for ‘energy and bluntness’ to leave publisher 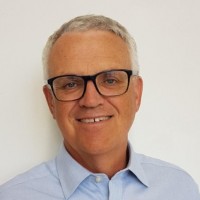 A regional publisher’s chief operating officer is to leave the company after 15 years.

Archant has announced the departure of Brian McCarthy, pictured, who has worked for the Norwich-based publisher since 2004.

Brian joined Archant as finance director of its old regional newspaper division, and after his role was expanded the following year he oversaw the full refurbishment of its Prospect House headquarters in 2007.

He joined the group board as finance director the following year, becoming chief finance officer, and added the COO title to his portfolio in 2018.

In an announcement to staff, which has been seen by HTFP, Archant chief executive Jeff Henry said: “He has been responsible for sorting out historic tax issues, managing the company’s debt position and over the last few years on reducing the company’s pension risks.

“Latterly he has also led the project on the sale of Prospect House. He’s also looked at every acquisition, disposal, capital appraisal, cash flow and budget over that time.”

“I will miss Brian’s knowledge and experience, his energy and bluntness, and his subversive sense of humour; I wish him the very best for the future.”

Added Brian: “I’ve been lucky to work with many great people in my time at Archant, I’ve made lifelong friends and I’ve never stopped learning. I wish all at Archant success in all they do.”

Brian, who is also a non-executive director of Norse Group, a services company owned by Norfolk County Council.will step down from his role on 30 September.

Archant has confirmed a new chief financial officer will be appointed in due course.

In addition to his work at Archant, Brian has been a trustee and governor at Transforming Education in Norfolk, sits on the East of England Council of the CBI and has carried out a number of roles in the industry notably at NLA Media Access, the Regulatory Funding Company, and on a number of committees at the News Media Association.