Deadline extended for entries to this year’s Regional Press Awards 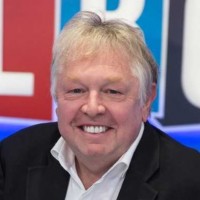 Journalists have been given an extra three days to enter this year’s Regional Press Awards.

The deadline for submissions, which was due to have been today, has now been extended until midday this Friday.

This year’s awards include several new categories aimed at honouring digital performance – including Digital Live News Reporter of the Year and Data Journalist of the Year.

The SoE announced last month that broadcaster Nick Ferrari, pictured, will once again host this year’s awards ceremony, to be held at IET London, Savoy Place, on Friday 17 May.