Regional magazine launches its own ‘blue passport’ as Brexit looms

A regional interest magazine which created its own spoof passport has launched an updated blue version as Brexit approaches.

HTFP reported in 2016 how Dalesman had created the ‘Yorkshire passport’ following the Scottish independence referendum and Brexit vote, which it claims led to calls for the county’s own independence.

The Skipton-based magazine has now announced that the original burgundy version of the tongue-in-cheek document, priced at £4.99, has completely sold out.

As a result, a blue version has now been launched a full year before the UK passport is set to make the same colour change. 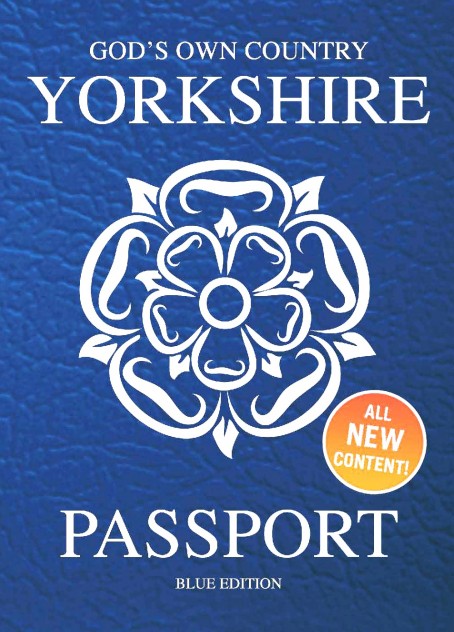 Dalesman editor Adrian Braddy, who conceived and wrote the Yorkshire Passport, said: “A combination of Brexit uncertainty and a heightened sense of Yorkshire pride and unity seem to have fuelled popularity for the Yorkshire passports.

He added: “Although the UK passport is due to change colour to blue next year, that wasn’t actually the main factor in our decision to bring out a new edition of the passport in a different colour.

“The passports have been very popular on social media – even Geoffrey Boycott has tweeted about them – but the biggest complaint online has been that the red colour was, well, a bit too Lancastrian.

“Blue is, of course, the colour of the Yorkshire flag, so Brexit gave us an excuse to change the colour to a more Yorkshire hue.”

The jokey passports, which replace the traditional crest on the cover with a White Rose of York, includes light-hearted content, such as a guide to Yorkshire insults and a Yorkshire tea colour chart.