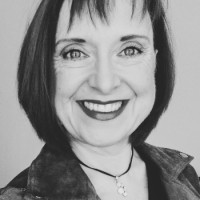 The former night editor of a daily newspaper has staged a cafe event for women going through the menopause.

Elizabeth Carr-Ellis, left, who was the first woman to hold the post at The Scotsman, has started the initiative in Canterbury, based on a similar project originally launched in Scotland.

Elizabeth, who is 52 and now works for Hello magazine, was inspired after finding a lack of support for women going through such changes to their body.

She told Kent Online menopause is “one of the last taboos” in women’s health.

Said Elizabeth: “Menopause happens at a time of life when we are more comfortable in ourselves and so it is the best time to have it. We’re older so more strong mentally.

“On those good days, I can think rationally and tell myself it’s just my hormones.

“The menopause can be a really positive thing – it doesn’t have to be awful if there is support in place.

“I’ve become quite passionate about supporting women going through this, looking at how they’ve been treated and their symptoms.”

The first menopause cafe event was held in Canterbnury last month, and a second is planned for 20 July.

The cafes first began in Scotland in 2017, founded by Rachel Weiss, and have since spread around the country and the world.

Elizbath has also started her own campaign to tackle the “taboo” of menopause which has won the support of the Scottish Government.

The Pausitivity campaign, which aims to tackle the stigma around menopause and ensure every GP surgery has easily available information for women, has received backing from equalities and older people minister Christina McKelvie.