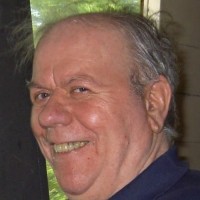 A regional daily writer known as “a font of knowledge” about the history of its patch has died aged 67.

Tributes have been paid to Jeff Beedham, left, who wrote for the Grimsby Telegraph’s Bygones supplement for many years and has died after a short illness.

Away from writing, Jeff was also known for his vast collections of fishing memorabilia and toy cars and trains.

His collections will now be bequeathed to museums in Grimsby and further afield.

Jeff’s daughter Jo North told the Telegraph: “”It will be part of his legacy to the town. He was inspirational. My dad had several health setbacks over the years but he was so determined, up for a challenge and always so positive.

“He had a wealth of historical knowledge about the area and a real passion for Grimsby and Cleethorpes. He will be greatly missed.”

She added: “He became a font of knowledge on the history and heritage of Grimsby. He was a regular contributor to the Grimsby Telegraph Bygones supplement, which he loved doing. He knew the history of just about every street in the town.”

Bygones co-ordinator Linda Roberts said: “Jeff Beedham was one of our most prolific Bygones contributors. He was very knowledgeable, particularly about the West Marsh area where he grew up.

“We received many letters and emails over the years from readers who enjoyed Jeff’s stories. He was a wonderful man who, I’m sure, will be missed by many.”

Jeff’s funeral service will be held at Grimsby Crematorium at 3pm tomorrow.