A regional daily has confirmed it is set to stay put at its current headquarters – but has closed a district office at the same time.

HTFP reported earlier this year that Newsquest was “reviewing several options” over the Mold head office of North Wales daily The Leader, including the possibility of moving to a new home.

The Media Point building had been listed by agents BA Commercial as available to let for a sum of £150,000 per year, but the company now says it as agreed a new lease on the site.

However, the newspaper’s Wrexham office, pictured, has now closed its doors for the last time – with staff who work there vacating the building on the Friday before Christmas. 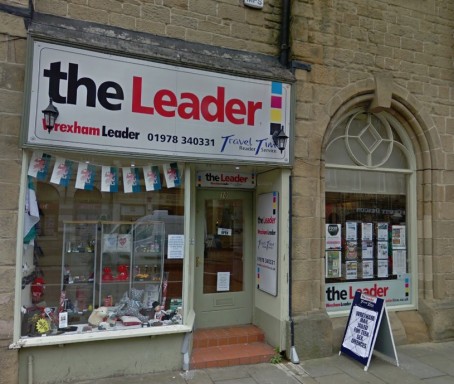 The company says the Wrexham office, on High Street, was “no longer fit for purpose”, although it is planning to retain a presence in the town centre.

A Newsquest spokesman said: “Our office in Wrexham was no longer fit for purpose and closed on Friday. Editorial staff have been relocated to our office in Mold.

“The company is proposing to retain a presence in Wrexham town centre from the New Year. Furthermore, a new lease has been agreed to remain at our head office in Mold.”

The Leader was bought by Newsquest last year as part of the company’s takeover of NWN Media. The Mold site, on the town’s business park, was originally constructed in the 1980s.