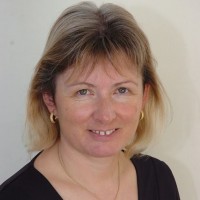 A regional daily’s district office is set to close amid the departure of a reporter who has covered the town where it is based for 40 years.

In a post on the Brilliant Beverley Facebook group, run by the Mail’s Hull Live sister website, Trudi also revealed the Reach plc-owned title’s Beverley office will be closing.

Reach’s forerunner Trinity Mirror had closed the Beverley Advertiser, its weekly newspaper in the town, in 2017. At the time, TM said it would continue to serve the area via the Mail’s East Riding of Yorkshire edition.

In her post, Trudi wrote: “Our Beverley office is closing so I am leaving Hull Live/Hull Daily Mail, after 40 years reporting the news in Beverley.

“I will also be leaving as a group admin but Hull Live’s admins will continue to support the group and post Beverley news.

“Brilliant Beverley was created in May 2018 – it has been a brilliant 12 months, thanks for your fantastic support.”

It is understood that Trudi opted to take voluntary redundancy rather than relocate to the Hull office where the role will now be based.

A Reach plc spokesman said: “The Hull Daily Mail will close its Beverley Office within the next three months, however there will be no redundancies as a result and no editions will be lost.

“Our journalists and commercial teams will retain their base in Hull.”

At the time of its closure, the Advertiser was the only title remaining in Beverley after Johnston Press shut the Beverley Guardian in September 2016.

However, a title called Beverley Life was subsequently launched in January 2018 by the independent Driffield & Wolds Weekly.