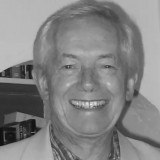 A regional daily picture editor who turned down a career on Fleet Street has died aged 74.

Ralph Silvester, left, worked in both the local and national press, notably for the Yorkshire Evening Post.

Known to his close friends as Ross, he joined the old Doncaster Chronicle in 1961 and went on to the South Yorkshire edition of the Evening Post, which became the Doncaster Evening Post in 1970.

Ralph held various positions there including reporter, sub-editor, motoring correspondent and picture editor until the edition closed in 1983.

He then spent six years commuting between his home in Hatfield, near Doncaster, to Manchester, where he worked night shifts on the sub-editors’ desks at the Daily Mirror, Daily Mail and Daily Express.

After production in Manchester ended in 1989, he refused the offer of a job on the Express in London and instead devoted much of his time to his wife Jean’s family business of Lockwoods Florists.

An obituary in the Yorkshire Post adds: “His daily commute to Manchester had curtailed his fundraising with the Thorne Rural Lions Club, but from the 1990s he threw himself into local community work in Hatfield, where he and Jean were regular worshippers at St Lawrence’s Parish Church.

“He was for many years chairman of the board of governors for Travis St Lawrence Church of England Primary School, a member and treasurer of the Travis Trust board and a former chairman of the Parochial Church Council.

“He owned a succession of Harley Davidson motor cycles, and having passed his advanced motoring test on four wheels years earlier, he put his passion to use as an instructor and observer for the York Advanced Motorcyclists charity.”

Clive Jones, who rose to be chief executive of the ITV News Group, started his journalistic career on the Evening Post

He said: “He was always the kindest of men with a ready smile and a twinkle in his eye.

“Ross had the task of keeping an eye on me when I joined the Evening Post as a graduate trainee in 1970. Not an easy job as I was wet behind the ears, had never been in a newsroom before and could barely navigate my way around town let alone find the right bus to get me out to the likes of Thorne or Armthorpe.

“He was the font of all knowledge, helped drum into me the basics of good journalism and was a great mentor. He was a thoughtful man, generous with his time and always ready to buy me a pint if I was feeling low. I will always remember him with great affection.”

He is survived by Jean, to whom he had been married for 52 years, their children Tara, Jonathan and Fiona and seven grandchildren.