A city daily combined meteorological and political news to have a “bit of fun” on its front page today as regional newspapers once again splashed on Boris Johnson.

The Edinburgh Evening News used what was quite literally a striking image on its front cover today amid more predicted thunderstorms, telling readers the country was “braced for more damage and disruption.”

Below the image the EEN noted that “in other unrelated news” Mr Johnson had officially been unveiled as the new Prime Minister.

The newspaper had also splashed on Mr Johnson’s appointment to the Tory leadership yesterday with the infamous photograph showing the new PM hanging from a zip wire in his Mayor of London days. 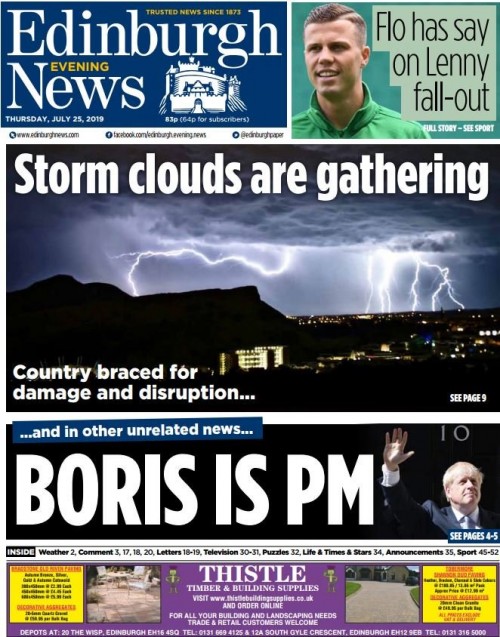 Iain Pope, news editor at the EEN, told HTFP: “Like the rest of the country we’ve had a few thunderstorms and one of our readers, who’s a semi-amateur photographer, sent in an image from the top of Calton Hill, one of the major city landmarks.

“We loved the picture and probably would have used it in some form in any event, but we couldn’t ignore events in London. We thought ‘how do we use this?’ and came up with that idea.”

The concept was explained to Tim Hopkinson, at JPIMedia’s Sheffield production hub, who came up with the design.

Iain added: “We tried to do it with a bit of humour. It was a team effort and a bit of fun, and most people have taken it in the spirit in which it was intended.”

Other titles to splash on developments in Westminster today included The Scotsman, The Herald and the Belfast Telegraph.

The Scotsman ran with the headline ‘Boris begins’ an reported on the cabinet reshuffle “bloodbath” which took place yesterday. 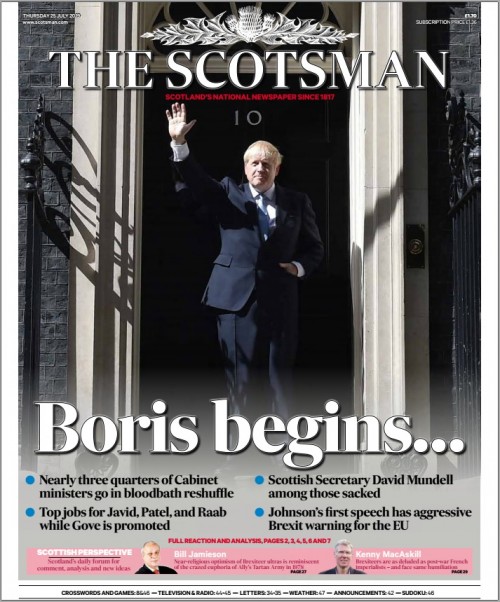 The Herald was more blunt, labelling him ‘Boris the butcher’ following the departure of 17 ministers. 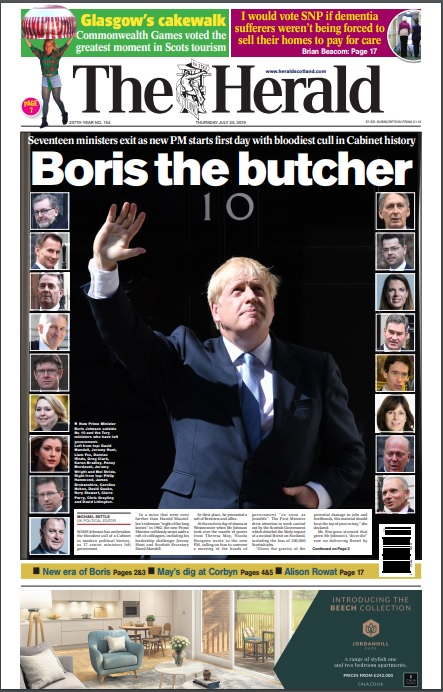 The Bel Tel splashed on the appointment of Julian Smith as Secretary of state for Northern Ireland, replacing what it termed his “much-criticised” predecessor Karen Bradley. 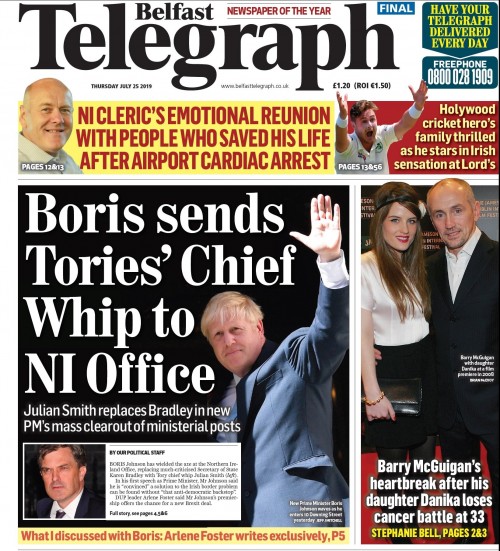