Journalists save pigeon from being pecked to death by ‘murderous’ magpie

Regional daily journalists saved a pigeon from being pecked to death by a magpie outside their newspaper’s office.

Neil and Gus had just left the News’s office when they spotted a magpie pecking at what they assumed was a dead pigeon.

But when the magpie took a break, they noticed that its victim was still alive. 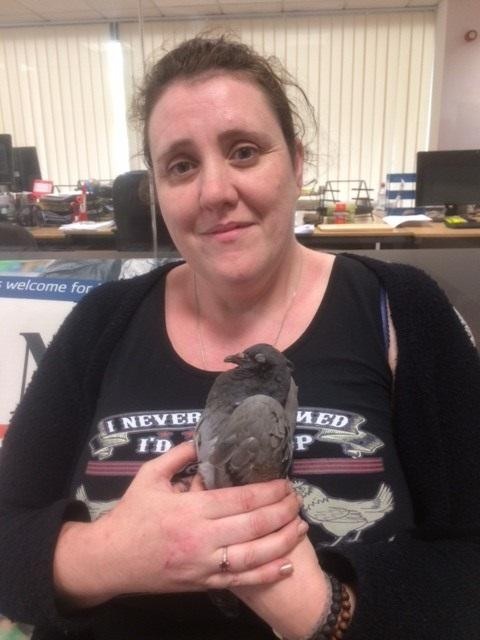 Neil told the News: “I immediately scared the magpie off and encouraged the wounded pigeon to totter under the scaffolding barriers so I could pick it up.

“There was no way we could leave the poor thing to be killed by the murderous magpie.”

Once inside the office they placed the injured bird in a box and phoned Bolton charity Every Feather Bird and Wildlife Rescue.

Founder Steph Williams drove from the charity’s base in to collect the pigeon, which she named Ben in honour of the paper’s old name the Bolton Evening News.

She said: “It was obviously suffering from canker, which is a growth in the throat that affects eating and breathing.

“It would have weakened the bird, which probably had stopped for a rest, and that’s when the magpie tried to kill and eat it.”

Steph, who is now looking after Ben, added: “It should be well enough to release in about a week.”