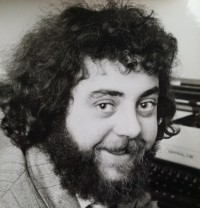 A regional daily industry editor known for his “legendary” knowledge of the automotive sector has died aged 73.

Tributes have been paid to Andrew MacLeod, pictured, who worked for four daily titles in the West Midlands – Wolverhampton’s Express & Star, the Birmingham Mail, Birmingham Post and the Coventry Telegraph.

At the Post and Mail he was chief industrial correspondent, before holding down a 10-year stay as industry editor of the Coventry Evening Telegraph from 1988.

Andrew then moved into PR and launched MacLeod Media Services in 2002.

Former BBC reporter Bob Sinkinson, who worked together with Andrew providing media relations training, said: “Andrew was an outstanding journalist held in high regard and affection.

“His knowledge of industry, and the automotive sector, was legendary.”

Andrew began his career on the Walsall Observer, before moving to the Express & Star in 1976 when he became chief reporter of its Walsall office.

He moved to the Post & Mail in 1985, switching to the Telegraph three years later.

ITV News Central presenter Bob Warman, who also started his career on the Walsall Observer, said: “I was just starting out in journalism when I met Andy.

“He was one of those early colleagues who, through a love of newspapers and the people who worked on them, forged a life-long bond.

“He was, on first meeting, a tall, bearded, serious man but whose healthy cynicism and well-developed sense of the ridiculous would shine through after the first pint.

“He was, what we would now consider to be, an ‘old school’ journalist with a nose for a good story, an enviable contacts book, and an unerring instinct for truth and accuracy. Not least, he was a gentleman.”

Andrew, who lived in Leamington Spa, died in Warwick Hospital.

He is survived by his widow Angela and sons Iain, a Coronation Street producer with ITV, and Rory, an IT specialist.

His funeral service is to take place at Oakley Woods Crematorium, near Warwick, on Thursday 19 December at 1 pm.