Boris Johnson’s appointment as Tory leader received a mixed reaction from the regional press with a number of Scottish titles reactiing negatively to his election.

Mr Johnson is set to officially be announced as Prime Minister today following his landslide victory over Jeremy Hunt yesterday.

The Daily Record, which yesterday ran a highly critical editorial ahead of Mr Johnson’s unveiling, has been similarly scathing today, opting for the headline ’10 Clowning Street’.

In yesterday’s editorial, the Record claimed Mr Johnson would be a “squatter” in Downing Street until he faced the electorate. 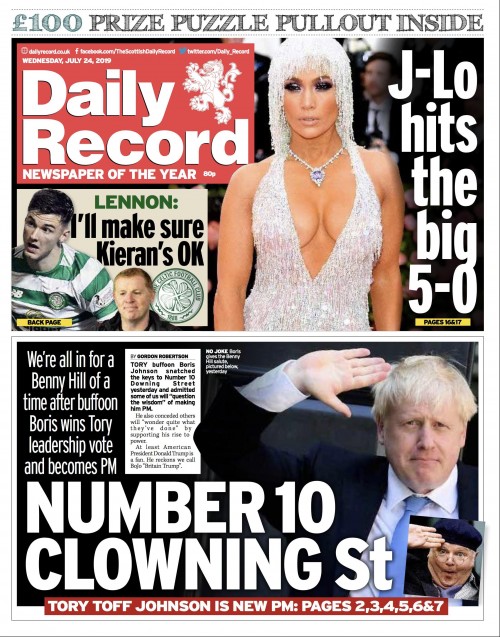 Another Glasgow-based title, Newsquest’s pro-Scottish independence daily The National, parodied the famous Lord Kitchener First World War recruitment poster – instead telling the new PM ‘This country does not need you’. 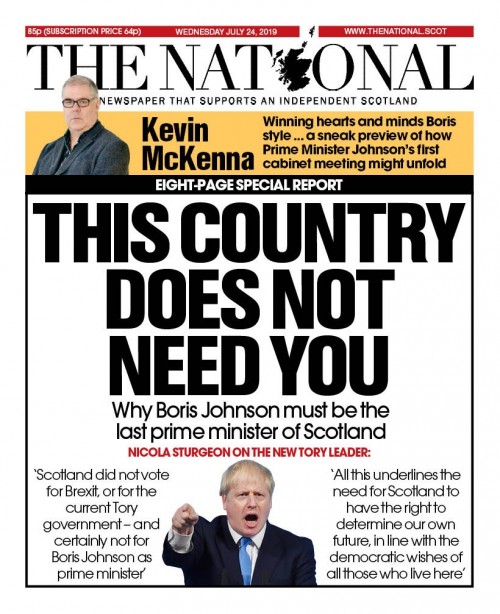 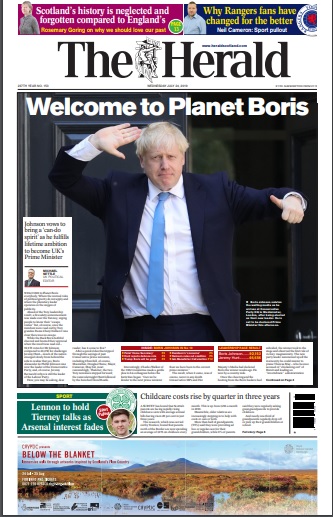 The image of Mr Johnson saluting was also used on the front page of Edinburgh-based daily The Scotsman, with both it and its JPIMedia sister title the Edinburgh Evening News noting the Brexit deadline is just 100 days away. 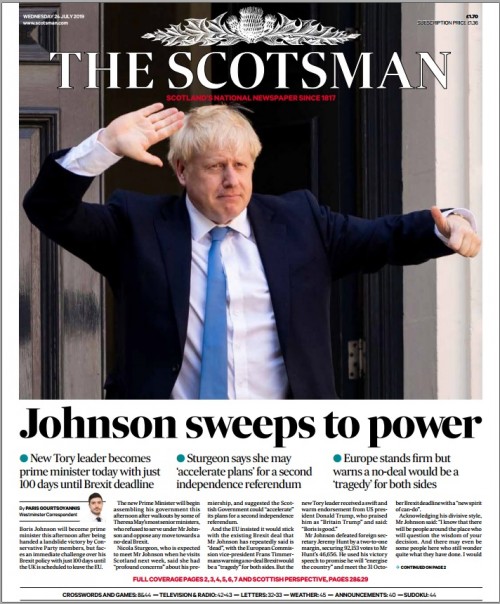 The EEN used an image of the new Tory leader hanging from a zip wire to accompany its splash. 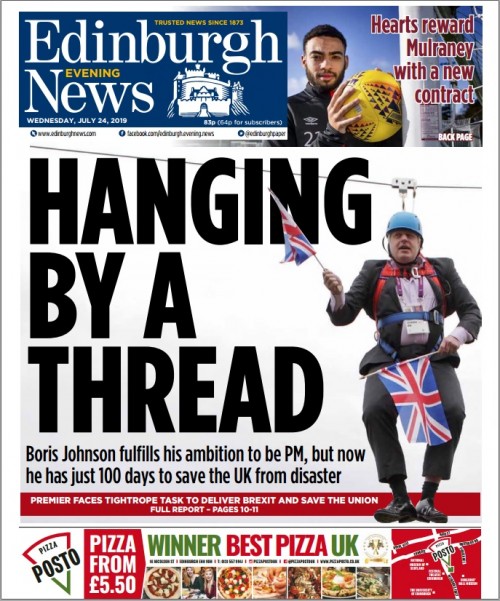 In England, the Yorkshire Post landed an exclusive on Mr Johnson’s ‘Powerhouse pledge’, which will see a Northern Powerhouse minister attend cabinet meetings. 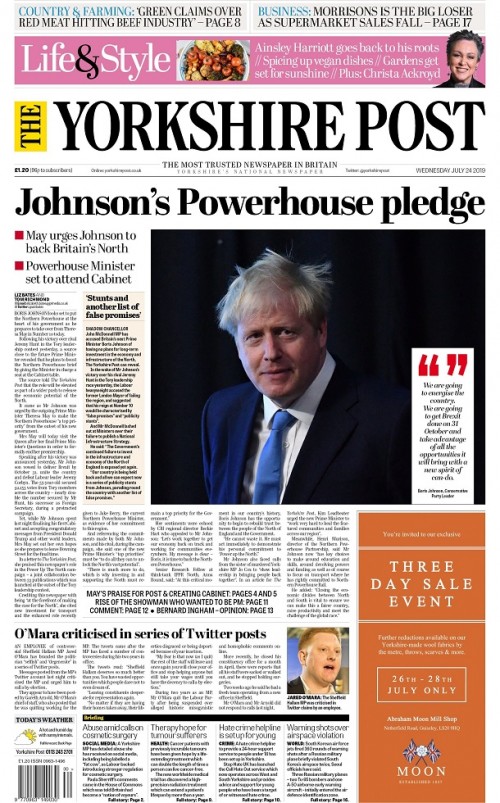 The Western Daily Press described him as ‘ready to deliver’ in its coverage. 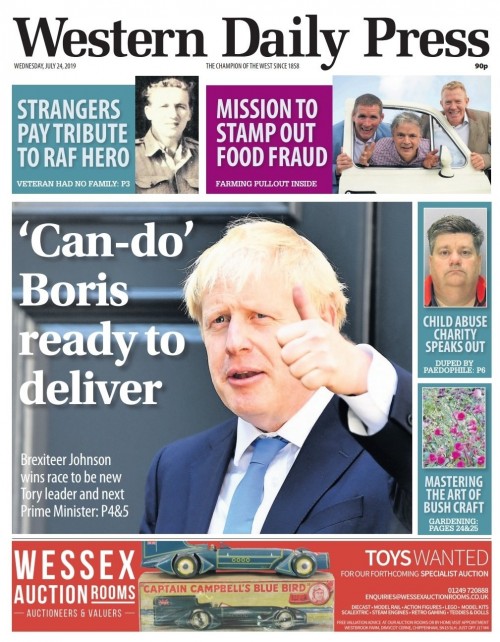 And, in Northern Ireland, the Belfast Telegraph revealed the Democratic Unionist Party was set to reveal fresh demands for Mr Johnson in order to keep their agreement with the Tories going. 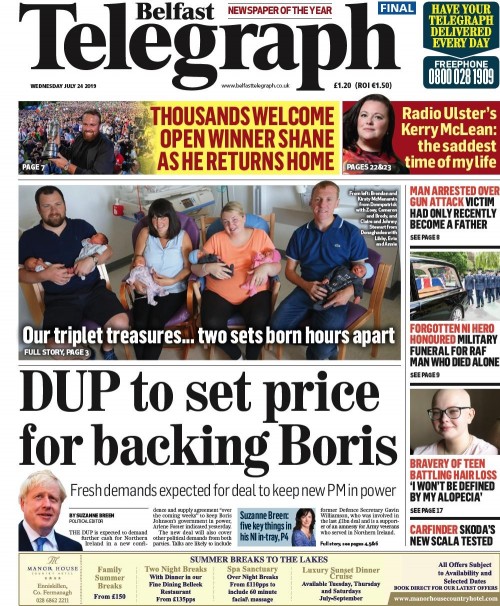