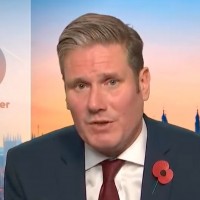 A regional daily editor has hit out at the Tory Party for publishing a “fake news” video of Keir Starmer.

Yorkshire Post editor James Mitchinson has criticised what he termed a “dangerous” stunt by the Conservatives after the party doctored a video of the shadow Brexit secretary to show him unable to answer a question on Labour’s Brexit position.

The edited footage was taken from an interview Mr Starmer, pictured, conducted with ITV’s Good Morning Britain, and he has since accused the Tories of “an act of desperation that backfired”.

Party chairman, James Cleverly told BBC Breakfast the video was “obviously edited”, but denied it had been “doctored”.

But, posting on Twitter, James urged Mr Cleverly to accept the intention of the video was to “mislead people”.

He wrote: “I won’t retweet that fake news Conservatives video featuring Keir Starmer. I will say that stunts like that are, frankly, dangerous.

“Politicians and their parties cannot on the one hand demand respect and decorum whilst on the other hand deceiving, duping… taking us for fools.”

In a follow-up post, James added: “Mr James Cleverly, you would be well advised to accept that video was deliberately doctored to mislead people. Not claim it’s a bit of fun.

“It’s damaging to your trust levels and demeaning to the electorate. Do the right thing and win back a little trust.”

In defence of the video, Mr Cleverly said the words “edited” and “doctored” had different connotations.

He added: “The idea that people couldn’t see that it wasn’t a shorter form of video, that’s not a credible position to put forward.”