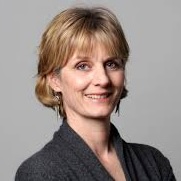 An award-winning regional daily columnist has said working as a journalist is “a bit like being Millwall Football Club”.

Faith Eckersall, who has worked in the industry for more than 30 years, has made the comparison between journalists and the South London club in her Bournemouth Echo weekend column.

Millwall’s supporters are known for chanting the slogan “No-one likes us, we don’t care” at matches and have a reputation of being disliked by fans of other clubs.

In the same column, Faith also took aim at online commenters “who read our paper without paying for it”.

Lamenting the announcement by BBC journalist John Humphrys that he is set to retire, Faith wrote: “The fact that you can practically hear the champagne corks popping from Number 10 to Jeremy Corbyn’s Islington pad tells you everything you need to know.

“When they’re scared of talking to you, you know you’re doing a good job. Just like, when both sides in an argument accuse you of being in hock to or ‘supporting’ the other side, you know you’ve probably got it about right. Being a journo is a bit like being Millwall Football Club.

She added: “As journalists we don’t expect anyone to sympathise, of course. Why should they? We chose this job, simply because, for most of us, despite the so-so pay and horrendous hours there is nothing else really worth doing. I tried being a PR account manager once – the boredom nearly killed me.

Faith, a previous winner of the Feature Writer of the Year prize at the Regional Press Awards, went on to discuss the reception her column might receive from readers online.

She added: “I can already imagine the comments this piece will receive online, from the army of folk who read our paper without paying for it. But what does bother me is the creeping attitude amongst those I had always thought would know better – politicians and members of the public – who, whenever we print something they don’t agree with, or, in the case of the Blessed John Humphrys, ask a politician a tough question – accuse us of bias.

“The phrase these people like to spit out is MSM – Twitter-speak for ‘mainstream media’ – and it is essentially a form of abuse which means ‘any journalist or broadcaster who says something I don’t agree with’.

“It fosters the ridiculous view that somehow, out there with the unicorns, there is another media where their man or woman or cause will get the fluffy ride they think it deserves.”