A regional daily celebrated football “heaven” for its patch with a front page wraparound.

The News, Portsmouth, ran the wrap yesterday to mark Portsmouth FC’s victory in the Checkatrade Trophy at Wembley.

The club, affectionately known as ‘Pompey’, triumphed over Sunderland in the final of the competition, which features clubs from English football’s third and four tiers, as well as, controversially, the reserve sides of some clubs from the top two leagues.

The News had also published a special Sports Mail edition ahead of the final. 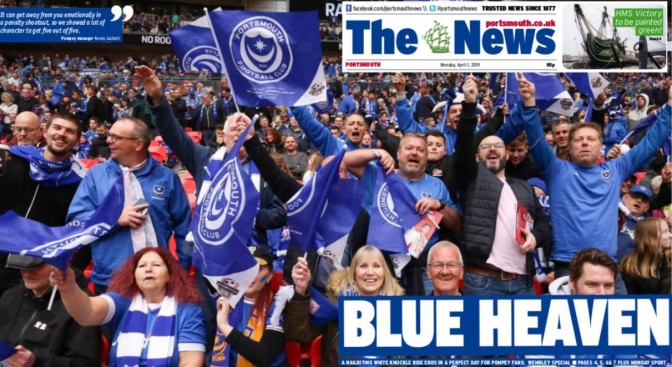 Editor Mark Waldron told HTFP: “A large part of the newsroom worked very hard to ensure our coverage of Pompey’s Checkatrade victory was special across both digital and print.

“There was a great lead up to the final all last week, culminating in the production of a superb Sports Mail special which we published 24 hours early to ensure it was out on sale on Saturday ahead of the big game.

“Yesterday’s rolling online coverage and today’s paper – including its distinctive front and back page Blue Heaven wrap – covers every angle and perfectly captures what a great day it was for the club and the fans.

“My thanks, as always, go to my team for all hard work they put in to this to make sure Pompey’s success on the pitch was matched by us off it.”

Sister title the Sunderland Echo also paid tribute to the losing finalists on its front page on Monday. 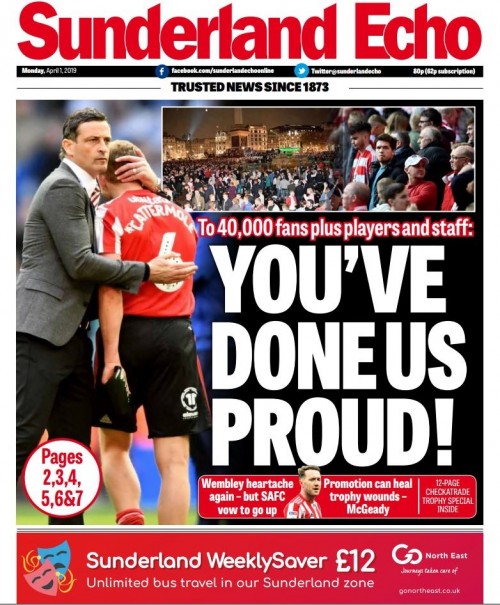 Despite their defeat, the Echo told Sunderland players: “You’ve done us proud”.