A regional daily has launched a month-long appeal to help a foodbank which had to relocate due to increased usage.

The South Wales Argus is campaigning for donations on behalf of Newport Foodbank, which has handed out 12 tonnes of food in the past six months.

Last year an Argus appeal saw 200 kilograms of food delivered to the centre.

The increase in users has resulted in the organisation relocating to the city centre to use a bigger premises. 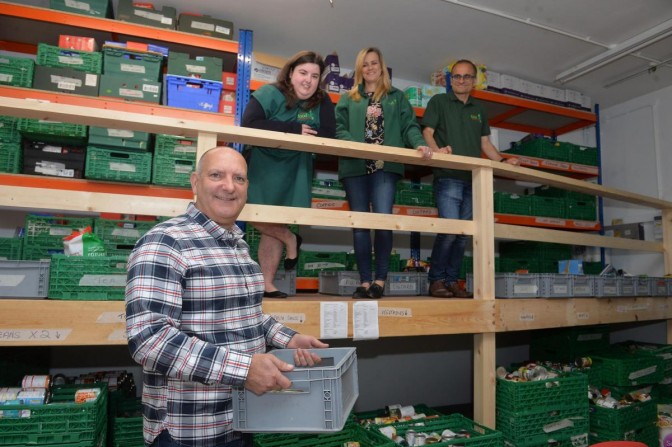 Newport Foodbank manager John Slocombe, in front, with other volunteers

Argus editor Nicole Garnon said: “Newport Foodbank do a tremendous job in assisting those who are in need.

“Our last appeal helped many of those in dire need. We will do everything we can to do the same this time too.”

Newport Foodbank manager Jon Slocombe added: “We appreciate the support that the South Wales Argus and others have given us.

“So long as we receive donations, I believe we can continue to help those who rely on us for their food.”