A regional daily beat a deadline by just minutes to run a front page dedicated to a record football success.

The Leicester Mercury faced making a late change to its splash for Saturday after Leicester City recorded a historic 9-0 victory over Southampton FC on Friday night.

The win was the biggest ever by an away team in English football’s top division since the league system was founded in 1888.

But the record posed a challenge to the Mercury, with staff turning around a front page redesign with just minutes to spare before deadline. 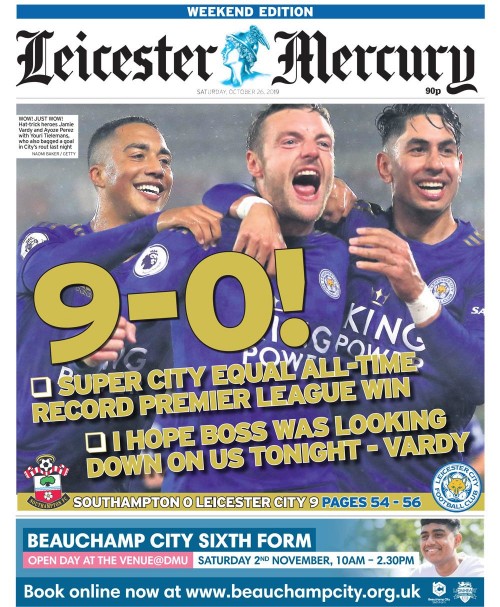 Editor George Oliver told HTFP: “Our chief sub Matt Sulley did what any experienced journalist would do when presented with a big breaking news story – he looked to give it the best show possible.

“Matt put together several pages of match coverage then redesigned the front as well.

“He delivered the whole lot to the press with a couple of minutes to spare.

“He would say that he was just doing his job. I would agree – and add that he was doing it very well.”