News chief hits out at ‘world something day’ PR missives 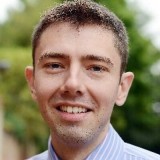 A head of news at two sister dailies has hit out at press officers’ attempts to get regional press coverage of “world something days”.

Andrew Papworth, of the East Anglian Daily Times and Ipswich Star, has criticised the phenomenon and questioned why every day needs to have a special status attached to it.

Andrew wrote a column on the subject yesterday (14) to coincide with International Top Spinning Day, and ahead of Global Handwashing Day today (15).

In the piece, he asked whether there was any need for a day “to celebrate a lot of the things that seem to have this special status granted to them”.

Andrew wrote: “I first started this phenomenon when I became a journalist in 2004. Suddenly I started getting repeated calls from eager press officers telling me how we must write a story to coincide with World Theatre Day (27 March, if you’re interested) or could we possibly hold off on that story about high levels of smoking because May 28 is World No Tobacco Day (nice try, but no cigar was my response).

“I’m sure someone, if interested enough, could probably dig out an example of me selling my soul somewhere and writing about International Cat Day or something – in which case, I’d have to hold my hands up to being utterly hypercritical.

“My usual answer to these PR calls though is indifference. If we only wrote about certain topics and issues when they supposedly have a day allotted to them in the calendar, it’d somewhat curtail our news agenda.”

He added: “Here again you could make the argument that we should be talking about mental health 365 days a year, not just on October 10. However I do actually think there are some issues that are so important that as well as discussing them all year round, we need a day to focus people’s attention on it in even great detail.

“World Mental Health Day definitely falls into that category, as does International Women’s Day – and many others I’m sure. Come to think of it, having read its website I do actually think Global Handwashing Day is needed – so perhaps the publicity does work on me after all.

“I do, however, believe we need fewer of them – otherwise it just diminishes and degrades the issues and debates which are truly important and that we need to focus on.

“Perhaps the best day though is this Friday 18 October. That’s because, surprisingly, it is a day that doesn’t appear to have any special status or cause attached to it. At last, a day we can all rejoice in…”

A full guide to all the ‘world something days’ has been compiled by the website Days of the Year.

Other special days coming up in the next few weeks include Howl at the Moon Day (26 October), Caramel Apple Day (31 October), and Zero-Tasking Day (3 November.)