A regional daily ran two editions overnight showing contrasting fortunes on a good election night for the Tories and a bad one for Labour.

The first edition of today’s Manchester Evening News, which went off-stone at 1am, showed a smiling Boris Johnson after 10pm exit polls correctly predicted a large majority for the Conservatives.

The front page of the second edition, sent at 4.30am, concentrated on Jeremy Corbyn’s misfortune and his announcement that he would not fight another election.

The MEN also ran a live blog through the night with reporters at every Greater Manchester count and a team anchoring content at its office. 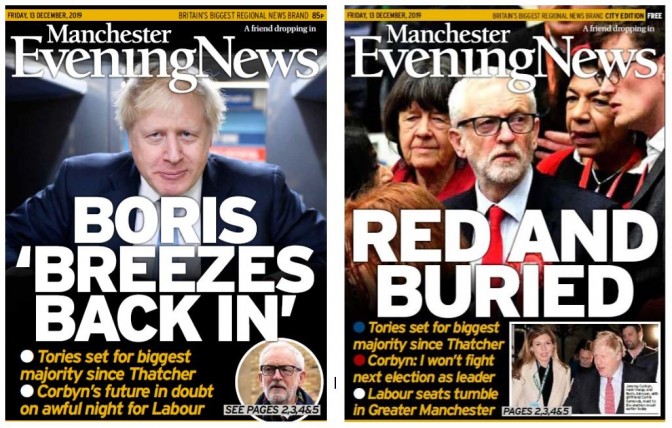 MEN editor Darren Thwaites called on Twitter for the Prime Minister to ensure the Power Up The North campaign is prioritised following a pre-election bid by a number of regional press titles.

The call was echoed by Yorkshire Post editor James Mitchinson, who told Mr Johnson “We stand ready as your critical friend to help rebuild Britain and to Power Up The North.”

The Leeds-based Post itself covered the exit poll on its front page this morning. 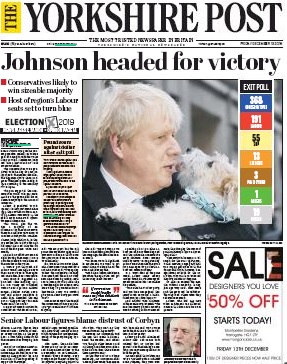 In Scotland, Dundee daily The Courier focused on the Scottish National Party’s gains, and what that could mean for a second independence referendum. 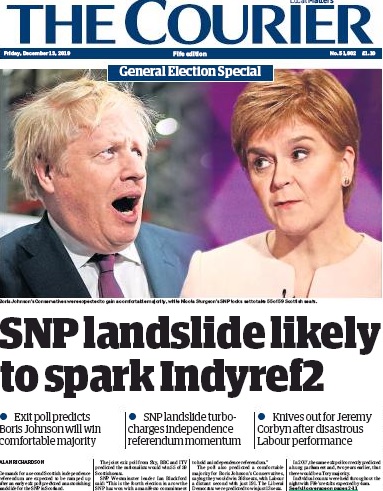 In Edinburgh, The Scotsman noted how the PM’s election “gamble” had paid off. 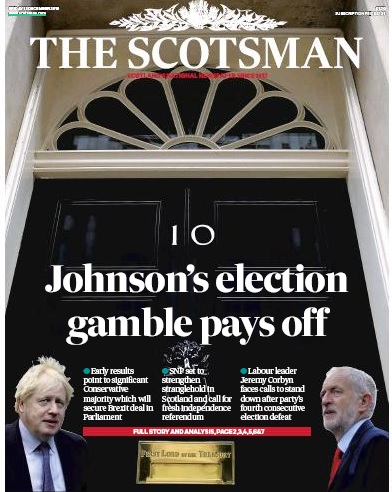 And in Glasgow, the Daily Record prepared for what it called a “Friday the 13th horror show” and a “nightmare on Downing Street” – opting only to show the back of Mr Johnson’s head on its front page. 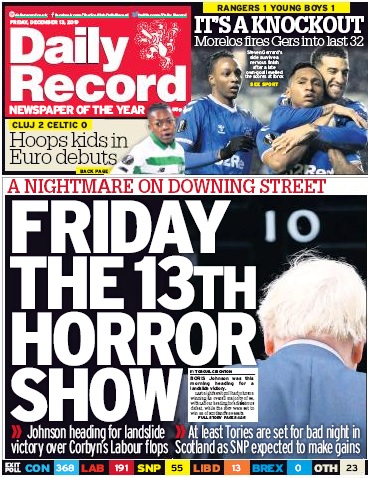 The Record had yesterday called on readers to make Scotland “Tory-free” at the polls.

Finally, in Northern Ireland, the Belfast Telegraph concentrated on how the new Conservative majority had left the DUP “sidelined”. 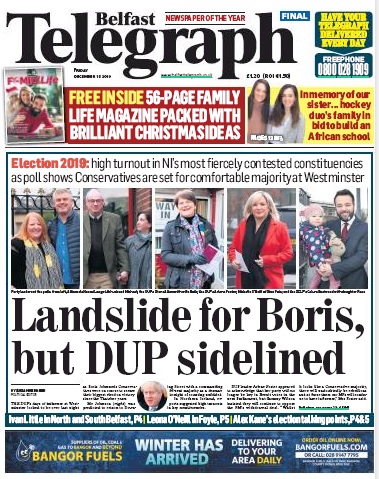