A crime reporter has won praise from the police after criticising a reader who was unhappy about on-duty officers taking a tea break.

Plymouth Herald journalist Carl Eve wrote an opinion piece after a reader sent him a photograph of four police cars and a police van parked outside a cafe in the city.

The picture was accompanied by a note claiming the money “wasted” by officers taking breaks would be better put towards financing more PCs in the city.

But Carl defended the officers in his piece, which was headlined ‘The police drink tea and have breaks – get over it.”

In the piece, Carl explained how factors such as a lack of police station canteens and many officers now working alone on patrols meant taking their breaks in public were often the only places where they had the opportunity to “engage with colleagues”.

After publication last Thursday (17), the article became the most read on the Herald’s Plymouth Live sister website for around three days. 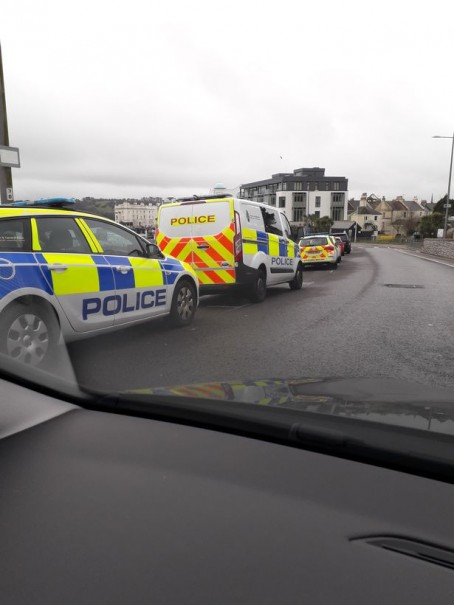 Carl told HTFP: “The reaction has been quite incredible – it got picked up by two very popular Facebook pages, UK Cop Humour and Angry People in Local Newspapers, who both wrote very kinds words about the piece and urged their own followers to read and share it widely.

“Lots of police officers, retired officers, chiefs and other emergency staff picked up on the opinion piece, and we saw a pretty remarkable spike in our figures the day after it was published.

“I think it stayed our most read article on Plymouth Live for about three days and even peaked in second place on the nationwide Reach Chartbeat – which meant that for a while it was being read by more people than were reading anything in the Manchester Evening News, Liverpool Echo and Daily Mirror – not counting a snow storm warning.

“I think the opinion piece benefited from my own experience as a crime reporter, as well as some worrying details we found from a Freedom of Information request I made last year which covered police and their mental health, and the very sobering words by an Inspector who was willing to go on the record with things I’ve only previously heard officers say off the record.”

In his piece, Carl had referred to a previous story run by The Sun in 2017 which had “lambasted” police officers who were also photographed while on break in Plymouth.

The Sun received widespread criticism for publishing the article from both police forces and its own readership.

Speaking to HTFP, Carl added: “It did help that I was fully aware of what happened the last time a national paper attempted to berate the police for taking a coffee break. It backfired badly and sparked the entire #bluesforblues hashtag.

“If nothing else, I hope my opinion piece has sparked a more mature debate about what we expect of our police officers and how they have to deal with what they face each day. Why do some people begrudge them sitting and drinking coffee, but accept it from every other worker?

“I did get a few quite heartfelt messages from officers who were grateful that a seemingly positive article had been published. I certainly got the sense that they felt so put upon and derided that any kind of fair support was welcomed – which says a lot about how the media are currently perceived by the police. The question for journalists is – is that feeling warranted, and if so, what can or should we do about it?”