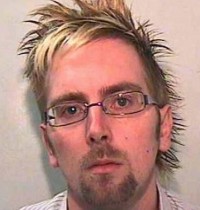 A regional news website successfully fought an injunction by an election candidate which prevented his previous name – under which he received criminal convictions – from being revealed.

Devon Live exposed Dr Timothy Ahlbeck as being Miles Prestland-Windsor, left, who received a suspended prison sentence, as well as a ban from being a company director, after admitting dishonestly obtaining services at Chester Crown Court in April 2014.

He was also given a previous 15-year disqualification from being a director, as well as two years in jail, after a conviction for fraud at Manchester Crown Court.

Concerns about Dr Ahlbeck standing for election to Torbay Council as an Independent were first raised with Devon Live local democracy reporter Ed Oldfield by a political contact in Torquay, who suggested he should look into his background.

Ed contacted Dr Ahlbeck to arrange a meeting after conducting further research into his background with Companies House and people who knew him, but was subsequently sent copies of court documents relating to an injunction, naming Devon Live and himself as defendants, to prevent publication of his previous identity.

A judge at Exeter County Court refused the application at the initial hearing, and Devon Live published its story on Tuesday, ahead of polling day yesterdaty.

Ed told HTFP: “As a member of the Local Democracy Reporting Service, I felt it was important that voters should be fully informed about the background of a candidate who was seeking election. Although the convictions were not a bar from standing for election, the 15-year disqualifications from being a company director were still live.

“There were allegations that Ahlbeck was in breach of the bans, and the public interest justification for running the story included that he was standing as an election candidate on a platform of honesty and transparency.

“I’m grateful for the support and encouragement from Reach’s Local Democracy Reporting Service editor Yakub Qureshi, and Devon Live editor Richard Booth, to pursue the investigation, and for help in dealing with the legal issues.

“It shows the value of the LDRS that I was given the freedom to devote a significant amount of time to the investigation, and given support to secure publication of a story of major public interest.”

Richard said: “The work here by our LDR Ed Oldfield was local journalism at its best. His hard work has shed light on a candidate who stood on a platform of “honesty and transparency”.

“An email from the court arriving in your inbox isn’t always the best feeling but the document we received helped us push the story forward. Our lawyers were brilliant in their advice and quick response.

“The importance of the BBC system to local democracy and to hold local powers to account has clearly worked here and with Ed’s patch I’m sure there are many more stories to follow.”

Dr Ahlbeck, who declined to comment when approached by Devon Live, failed in his bad to become a councillor, winning 156 votes in the Roundham with Hyde ward – the lowest of any candidate on the ballot paper.