A council is set to meet a regional news website over concerns about off-patch crime stories appearing on a defunct weekly’s social media channels.

Harlow Council says the Facebook and Twitter channels of the Harlow Star are being used by Essex Live to promote crime stories which are not related to the area it serves, leaving residents worried about “the impact this could have on the town’s image”.

The council contacted Reach after the issue was raised with the authority by a number of concerned residents. 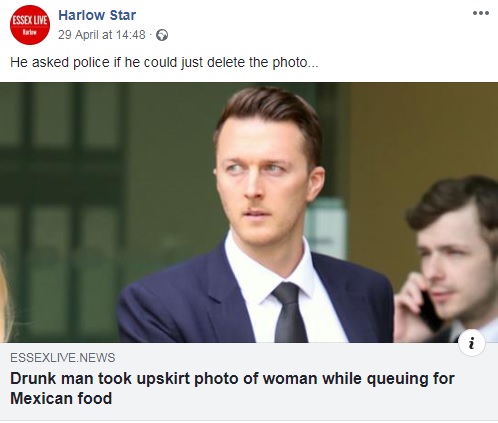 A spokesperson for the authority said: “We want to work with all media to promote Harlow and a meeting with Essex Live will take place shortly to talk about how we can work together following the demise of the Harlow Star newspaper.

“There are concerns about the Harlow Star social media channels linking to stories that are not about Harlow, for example crime and incidents in London and other areas in the country.

“Since the Star newspaper ceased publication the Harlow Star social media channels have remained but very rarely are the stories about Harlow.

“The posts can give the impression that these incidents have occurred in Harlow itself. If someone were to just read the headlines of the posts it would appear to them that there are more incidents happening in the town than there actually are.

“We have been picking up concerns on social media from residents including a local school head teacher about the number of non-Harlow related stories and the impact this could have on the town’s image.”

Reach has confirmed it will meet with the council in the near future.